During an illustrious 7-year career in the Premier League, Emmanuel Eboue pocketed millions of pounds in wages, lived in a mansion and drove flashy cars, according to Mirror Uk.

Now the Ivorian spends his days hiding from ­bailiffs, sometimes sleeps on the floor of a friend’s home, travels by bus and even cleans his clothes by hand because he has no washing machine.

Today, the 34-year-old tells how his staggering riches-to-rags plight has pushed him to the brink of suicide. “I want God to help me,” he says. “Only he can help take these thoughts from my mind.”

At the peak of his career with Arsenal he became a fans’ favourite. He was part of the side that faced Barcelona in the 2006 Champions League final. Eboue, currently unable to play football because of ill-health, says he has been pushed to the brink. 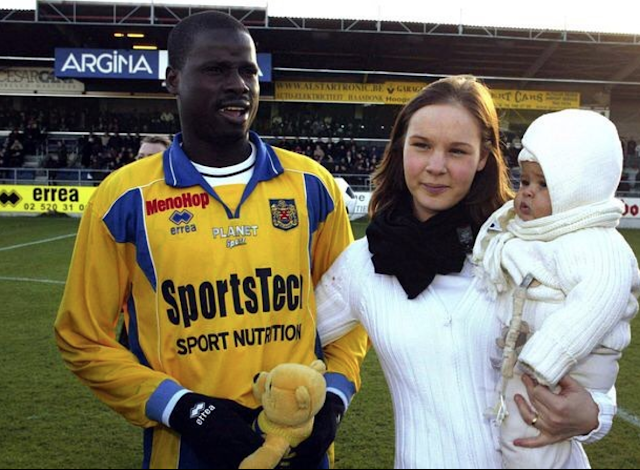 He has: Lost a bitter divorce battle, with his wife Aurelie awarded all of their assets. Had to hide from cops and bailiffs after being ordered by a judge to transfer his remaining Enfield home to his wife.

Faced a heartbreaking estrangement from his three kids. His dream of a Premier League return with Sunderland evaporated last year, however, after he was hit with a 12-month ban by FIFA after a dispute with a former agent. Eboue says he was never given ­guidance to manage his finances.

Insisting his wife looked after most of their affairs, he admits being “naive” with money. He also claims he was beset by a string of people who gave bad advice and lost him huge sums.

With a limited ­education, Eboue is paying the price for being unaware of his financial situation.

And he now wants other young African footballers to learn from his mistakes. He says: “I look back and say ­‘Emmanuel, you have been naive... why didn’t you think about that before?’ It is hard.

The money I earned, I sent it to my wife for our children. In Turkey I earned €8m. I sent €7m back home. Whatever she tells me to sign, I sign.

The problems with FIFA were because of people advising me. People who are supposed to care. But it was because of them FIFA banned me.”

Posted by Lawrencia at 10:54 am
Email ThisBlogThis!Share to TwitterShare to FacebookShare to Pinterest
Labels: InternationalNews