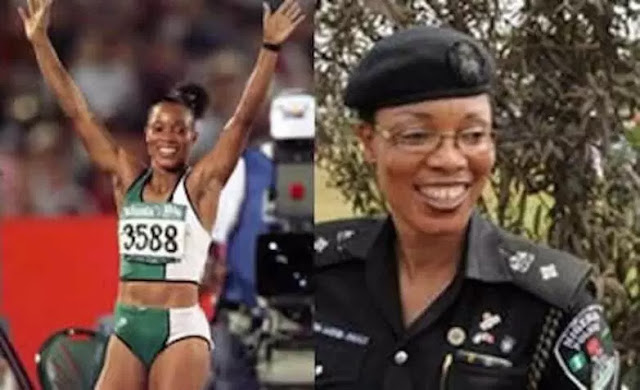 Nigeria’s only individual gold medalist till date, Chioma Ajunwa-Okpara, was on Monday decorated as an Assistant Commissioner of Police, by the Police Service Commission. The event took place at the Police College in Ikeja, Lagos.

The promotion from a Chief Superintendent of Police, was coming only after a week of Ajunwa-Okpara, launching a foundation to discover new stars that will take the Nigerian nation to new heights. The events which was held in Abuja was reportedly snubbed by top government officials but the strong lady of sports has remained dogged and said she will take sports to a height nobody can imagine.

A delighted Director General of Chioma Ajunwa-Okpara Foundation, Prince Henry Amike, himself a top-notch athlete in his days, said the promotion of Chioma, was to showcase her professionalism, both in the police and the service of the nation.

Till date, this is the only lady who has won an individual Olympics gold medal for Nigeria and the International Olympics Committee (IOC), has not said otherwise, why she’s being ostracized still remains a mystery to some of us. But thank God the Police Service Commission knows her worth and I think overtime Nigerians will appreciate this great athlete, who played football, jumped and ran for the nation.

Posted by Lawrencia at 1:22 pm
Email ThisBlogThis!Share to TwitterShare to FacebookShare to Pinterest
Labels: Gists