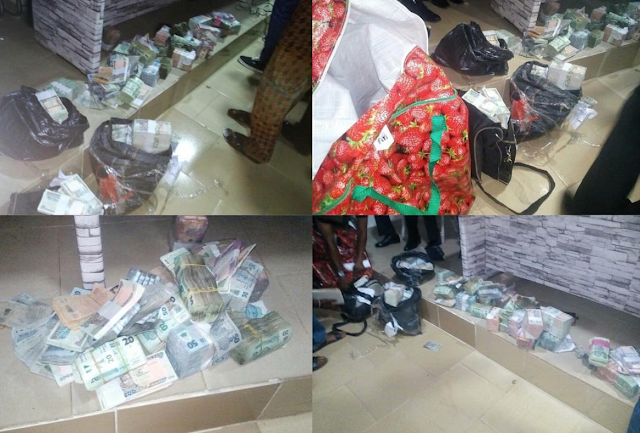 Seven people arrested by operatives of Anambra State Police Command for hawking the country’s currency said they never knew it was an offence to do so.

They were caught with over N4 million, while two others are said to be on the run. The suspects, made up of six males and a female, were arrested at the drugs and building material’s markets in the city.

The suspects said they usually bought the money from people at the popular Emeka Ofor Plaza close to the Onitsha Main Market, adding that they never knew that it was an offence to exchange mint with old notes, with little profit.

Anambra State Police Commissioner, Mr. Garba Umar, who paraded them in Awka, said the arrest of the suspects was jointly carried out by the Police, Department of State Services, DSS, and the Central Bank of Nigeria, CBN.

His words: “The clamp down on the suspects is hinged on the CBN Act, Sections 20 and 21. Section 20 sub-section 4 makes it an offence punishable by a term of imprisonment not less than five years for any person to falsify, make or counterfeit any bank notes or coin issued by the Bank.

Section 21 Sub-Section 1, makes it an offence punishable by a term of imprisonment of not less than six months or a fine not less than N50,000 or both for any person to hawk, sell or otherwise trade in the Naira notes, coins or any other notes issued by the bank.”

Posted by Unknown at 7:04 pm
Email ThisBlogThis!Share to TwitterShare to FacebookShare to Pinterest
Labels: NijaDrama