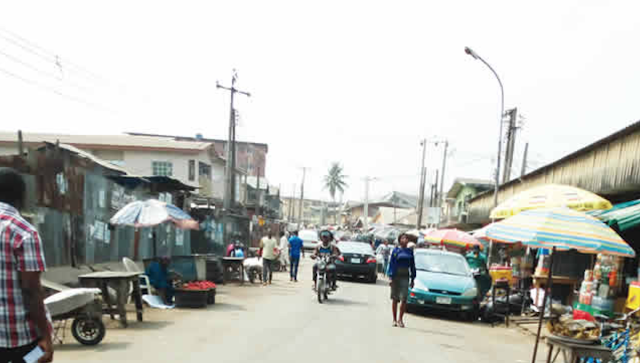 The wife and brother of a 38-year-old defilement suspect, Kazeem Lawal, on Thursday bowed their heads in shame as they regretted putting their freedom on the line for him.

The wife, Oluwatosin Lawal (33), and his younger brother, Muyideen Lawal (32), were remanded by a Yaba Magistrate’s Court pending when they would get two sureties each in the sum of N2m with evidence of tax payments to the Lagos State Government.

The defendants had stood sureties for Kazeem, who had allegedly defiled a 10-year-old autistic patient, Misturat, after luring her with N50 sometime in December 2017.

He was arrested by the police from the Onipanu division, while the victim was taken to Mirabel Centre, Lagos State University Teaching Hospital, Ikeja, where tests were conducted on her.

While the police awaited the result of the tests, the suspect was granted bail on January 1, 2018 with his wife and brother as sureties.

When the medical report indicated that Misturat was defiled, the suspect allegedly fled the community.

When our correspondent visited 29, Awofeso Street, Somolu, the house where the incident happened, on Wednesday, he was told that all members of the suspect’s family were not around.

An elderly man in the house, however, said Kazeem was of questionable character.

“If Kazeem tells you ‘Good morning’, you can be sure it’s afternoon. He is a pathological liar and I believe he is culpable. The results of the medical test cannot be wrong,” he said.

He refused to respond to further enquiries by our correspondent.

The victim’s guardian said the suspect had only lived in the house for four months, adding that no one knew the nature of his job.

She noted that prior to the incident, Kazeem had made overtures to her, which she turned down.

She said, “He said I should allow him to take care of me and I told him my husband may not be perfect, but he was doing his best and I was contented. I did not understand what he was driving at until he bluntly said he wanted to date me. I insulted him.

“On December 25, my cousin, a 17-year-old girl came to stay with me for the Yuletide and New Year celebrations. The girl told me Kazeem called her while I was away and asked for her shoe sizes. I told her to be wary of him.

“While I was at home the following day, I asked the girl to boil water on the stove in the kitchen at the backyard. Suddenly, someone raised the alarm that the pot was burning. She rushed out to see what was wrong. Lo and behold, it was a lie. The girl said she saw Kazeem was the one who raised the alarm and he did that to get her attention. She said he asked her to come to the back of the kitchen for a private chat, but she refused.”

She said when the pressure on the cousin became unbearable, the teenager returned to her parents at Ibafo, Ogun State.

The woman said she was explaining to a neighbour why she left the house without staying till the New Year when her attention was drawn to the closeness between Kazeem and Misturat.

“Misturat is my elder sister’s daughter who lives in Ikare, Ondo State, and she has been staying with me since I packed into this house about three years ago. The problem is that she is autistic. She can do anything you tell her to do without questioning.

“The neighbour told me she sighted her twice coming from behind the kitchen and Kazeem emerging later from the same spot. She asked me to prod her.

“When I queried her, she started shivering and said she would be killed if she said anything. After allaying her fears, she owned up. She said she had gone to dispose of faeces in a potty when the man called her. She said he gave her N50 and asked her to remove her pants, while he also pulled down his trousers. She said while the act was on, he blocked her mouth. In the end, he told her if she informed anyone she would die,” she added.

She said the landlord called the police from the Onipanu division, who arrested the suspect.

It was learnt that Kazeem was in detention from December 30 to January 1, when the police released him on bail.

The result of the medical test at Mirabel was said to have confirmed a case of defilement as the suspect fled.

The sureties – his brother and wife – were then arrested and arraigned in the chamber of the magistrate, Mrs. O.G. Oghre.

The charge read, “That you, Muyideen Lawal of Daodu Lane, Ilogbo, Ebute-Meta, Oyingbo, Lagos, and Oluwatosin Lawal, of the same address, on January 1, 2018, at the Onipanu Police Station, Somolu, Lagos, in the Lagos Magisterial District, did stand sureties for one Kazeem Lawal of 29, Awofeso Street, Somolu, Lagos, who was involved in a case of defilement of a minor, one Misturat (not real name) aged 10 years, and promised to produce him to the police on January 3, 2018, till the case against him is charged to court, which up till now you have failed to discharge your suretyship and for you to show cause why you should not forfeit to the Federal Government of Nigeria the sum of N2m, being the stated amount of bail as sureties in line with Section 132 of the Administration of Criminal Justice Law of Lagos State of Nigeria, 2011.”

The two defendants pleaded not guilty and elected summary trial.

While the defendants were represented by Babatunde Awotubo, the Lagos State Office of the Public Defender sent a lawyer to represent the complainant.

The magistrate admitted the defendants to bail in the sum of N2m with two sureties in like sum, adding that the sureties must be gainfully employed with evidence of tax payments, including affidavit of means of livelihood.

The case was adjourned till March 5, 2018 for advice from the Directorate of Public Prosecutions.

Posted by Unknown at 9:58 am
Email ThisBlogThis!Share to TwitterShare to FacebookShare to Pinterest
Labels: Crime