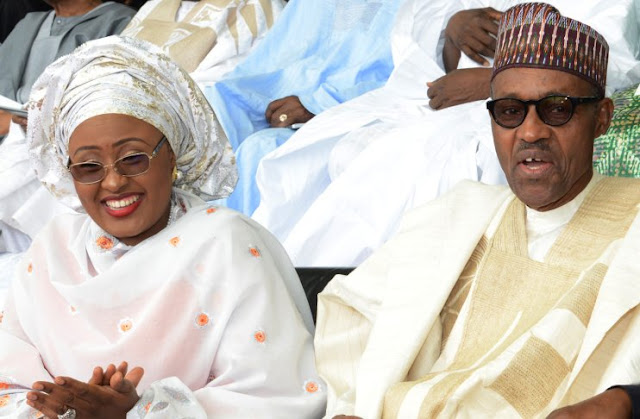 This followed her tactic support for Senator Isah Misau’s suggestion that her husband’s government has been taken over by cabal.

She reposted two videos by Senator Misau and Senator Ben Bruce, on her verified Instagram and Twitter pages.

The lawmakers openly accused President Buhari of appointing incompetent people because they “belong to the cabal”.

Her posts have attracted hundreds of comments, with majority noting that she did the right thing.

On Saturday, Dele said he has never seen any wife of a Nigerian President who would openly criticise a government in which she is a major beneficiary.

His letter reads in parts, “I’m even more surprised that you would voluntarily endorse and promote videos that criticised your government on social media. You may not know it but you’re setting new standards in our country. You shall be called a quintessential pacesetter, when tomorrow comes.

“I have no doubt that no matter what, when all is said and done, and the present administration is long gone, you would have left behind a positive enduring legacy, an epitome of womanhood and wifely rectitude. My prayer continues to be that we will be able to say the same of your husband, our dear President Muhammadu Buhari, notwithstanding the fact that he now has little time to address and redress so many shortcomings.

“I’m certain that if your husband had listened to your wise counsel much earlier he would have, probably, averted the mess in which he is currently enmeshed.

“Your husband rode to power with so much love and goodwill, the type we’ve not experienced since June 12, 1993, when Chief Moshood Abiola won the Presidential election, fair and square. The expectations were very high, in a similar fashion, in 2015, when majority of the voters, including former critics of your husband chose to support or vote for him.

“His was a miraculous resurrection. No one expected him to waste such humongous goodwill at all and, nevertheless, not so soon after his return to power. But before we blinked our eyes, things had started falling apart. It took forever to assemble his team. And when he finally did, many wondered why they could not have been selected much earlier, given the nature and calibre of people selected.

“Indeed, it was as if Nigerians expected that your choices were going to descend from heaven and some angels were going to be appointed. The government started losing steam and stamina from that moment.

“Not just that. Your husband’s ruling Party, APC, started a war of attrition in the National Assembly. Some of his biggest supporters were suddenly pounced upon and humiliated publicly while your husband kept a straight poker face, as if he knew nothing or it was not any of his business.

“You blew me apart when you found your voice and spoke up openly and candidly and lamented the way your husband’s government was shattering into smithereens. You were in a position to know, and very right to tell the whole world, that your husband was not in charge and that if the situation continued unabated, you were not likely to support his second term bid.

“Though you were told to mind your own business at the time, the point had been made so eloquently and poignantly. Today, and looking back, it seems, you’re indeed a prophet without honour at home. Everything you said has become gospel truth.

“Today, the chickens have come home to roost. It appears the President has suddenly woken up from his slumber or maybe the mask of the evildoers has suddenly been lifted and the President we all voted for has come back from the deep.

“Our President is now under pressure to reach out frantically, and desperately, to the same people who were used and dumped after that landmark election in 2015.

“The same people you pleaded for and urged should be absorbed and assimilated into an all-inclusive government of patriots who worked to enthrone democratic principles and the change philosophy you became known as the apostle of.”

Posted by Lawrencia at 11:18 am
Email ThisBlogThis!Share to TwitterShare to FacebookShare to Pinterest
Labels: NationalNews