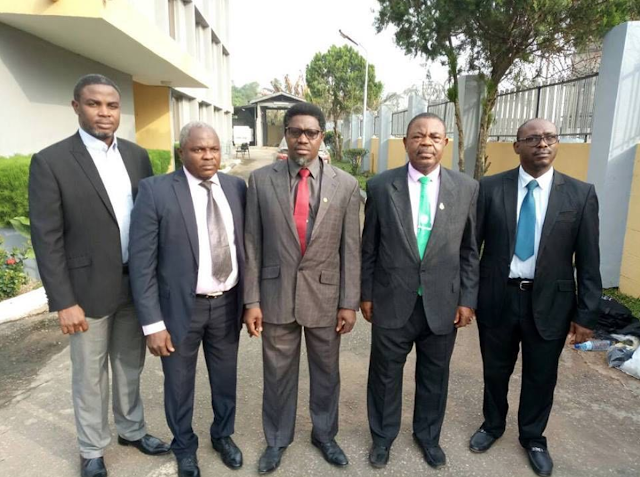 Particulars of one of the counts read: “Dr. Emmanuel Ighodaro, Dr. Anthony Owolabi, Dr. Quincy Atoghengbe , Dr.Raymond Ogieva and Dr. Osaremen Gabriel Ogbebor, while acting in your capacities as officers of Nigeria Medical Association, Edo State Branch between 2013 and 2014 at Benin in Edo State within the jurisdiction of this court conspired to omit UBA Account No. 1010712142, a material particular in the Audit Report for the year, 1st August, 2013 – 31st July, 2014 of the Association and thereby committed an offence.”

When the charges were read to the defendants, they pleaded not guilty. Justice Ikponwonba granted each of the defendants bail in the sum of N1million and a surety in like sum.

Posted by Lawrencia at 7:54 pm
Email ThisBlogThis!Share to TwitterShare to FacebookShare to Pinterest
Labels: Crime