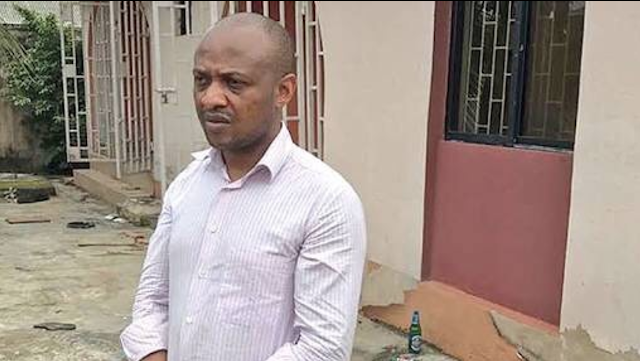 Suspected kidnapping kingpin, Chukwudumeme Onwuamadike, alias Evans, has filed a fresh suit against the police, seeking the release of 25 Mack trucks, which he claimed were seized from him, PunchNG reports.

His lawyer, Olukoya Ogungbeje, contended in the suit that the trucks were seized without a court order, saying that the seizure was a violation of Evans’ right.

Ogungbeje is praying the Federal High Court in Lagos to order the police to release the trucks to Evans through him (Ogungbeje). According to him, the police forcefully confiscated the trucks from Evans on June 15, 2017 without any court order.

Ogungbeje wants the court to award N200m as general and exemplary damages against the police for what he termed violation of Evans’ rights under sections 36, 43, and 44 of the 1999 Constitution.

Posted by Lawrencia at 4:36 pm
Email ThisBlogThis!Share to TwitterShare to FacebookShare to Pinterest
Labels: NationalNews