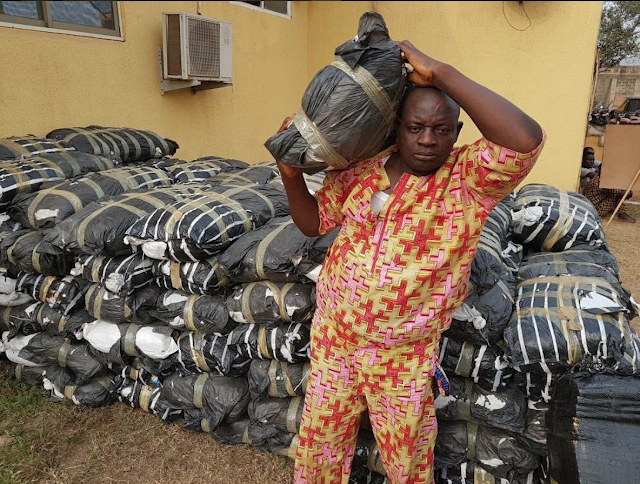 The Ogun State Police Command says it has arrested one Noah Olaore allegedly with 114 bags of weeds suspected to be hemp, also called marijuana.

He explained that the arrest of the suspect followed a tip-off received by men of the Federal Special Anti-Robbery Squad that some hoodlums who specialized in smuggling hard drugs from the Republic of Benin into the state were on their way.

He said, “As soon as they got the information, a team of FSARS men, led by Adeyemi Akeem, was detailed to go after the hoodlums and they intercepted the vehicle in front of M.K.O. Abiola International Stadium, Kuto, where the suspect was arrested with the exhibits.”

Oyeyemi said further investigation led the police to Igbo Ora in Oyo State where more bags of the illicit weeds were recovered, which later made the total bags of hemp recovered to be 114.

He added that the state Commissioner of Police, Ahmed Iliyasu, had ordered a full-scale investigation into the case with the aim of arresting accomplices.

Posted by Lawrencia at 1:14 pm
Email ThisBlogThis!Share to TwitterShare to FacebookShare to Pinterest
Labels: Crime