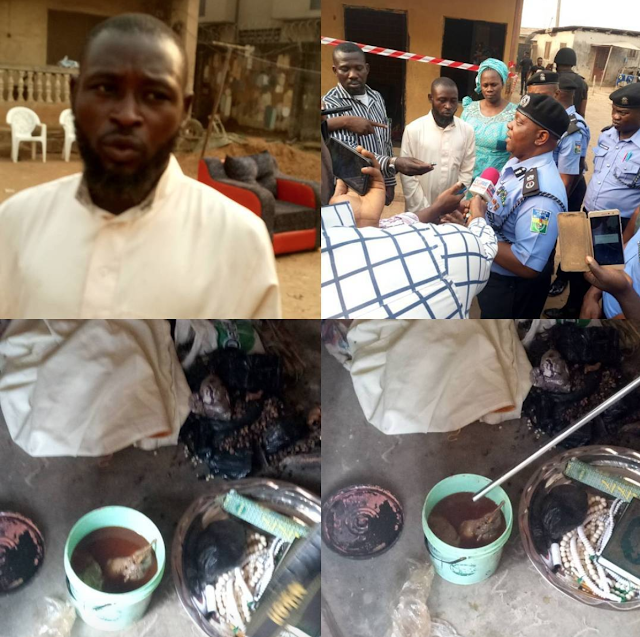 Yesterday 16/01/2018,at about 1620 hours, operatives of the Lagos State Police Command, led by CP Edgal Imohimi, stormed No.4 Okedumade street, off Badare street, Alakuko Lagos and arrested a self acclaimed Alfa, by name, Abdulfatai Kayode, male.

The said Abdulfatai confessed having some human parts in his divination room.

A mini paint bucket filled with assorted types of female body parts comprising of the laps, intestine and the vagina etc, was recovered from him. He confessed that the human heart seen in the bucket was that of a man.

He further named one Ifa,, male as his accomplice. The CP immediately dispatched the Command's underground operatives to fish out the said Ifa.

About 30 minutes after the Commissioner of Police left the crime scene, news came that Ifa has been arrested.

The CP, who was vividly happy at the arrest of the men, attributed the success to Community policing and safety partnership in existence in Lagos state. He urged Lagosians to know their neighbours and report any suspicious happenings.

Posted by Lawrencia at 1:23 pm
Email ThisBlogThis!Share to TwitterShare to FacebookShare to Pinterest
Labels: Crime