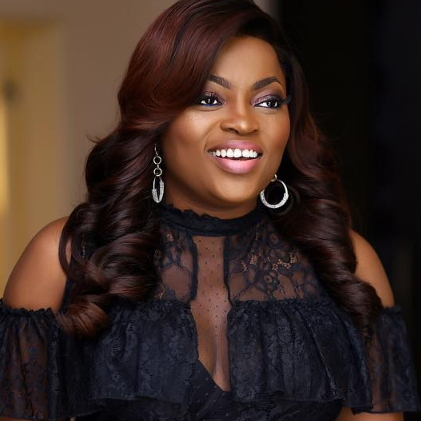 Funke Akindele’s name has been removed from the cast list of the upcoming superhero movie, Avengers: Infinity War.

The Nollywood superstar’s name had appeared among the movies cast on Amazon-owned movie database, IMDb.

The news had created huge interest among Nollywood lovers, who were very eager to see one of theirs appear in what could be one of the highest-grossing movies of all time.

According to IMDb, #funkeAkindele was to play a member of the Dora Milaje, a team of women who serve as personal bodyguards of the Black Panther, the spiritual leader of Wakanda.

It was hailed as a monumental leap for the actress, who started out featuring in popular United Nations Population Fund-sponsored TV series I Need to Know, which ran from 1998 to 2002.

The Jenifa star never confirmed or deny the reports on her social media pages, and now, her name no longer appears on the cast list at IMDb.

Avengers: Infinity War stars Robert Downey Jr., Chris Pratt, Chris Evans and more, and follows Iron Man, Thor, the Hulk and the rest of the Avengers as they unite to battle their most powerful enemy yet — the evil Thanos. On a mission to collect all six Infinity Stones, Thanos plans to use the artifacts to inflict his twisted will on reality.

Could it possibly have been a ruse to generate interest among Nigerian viewers for the movie? If so, then shame on Marvel and IMDb.

It is also possible that all she got was a scene, which didn’t make the final cut.

Posted by Lawrencia at 12:56 pm
Email ThisBlogThis!Share to TwitterShare to FacebookShare to Pinterest
Labels: Gists