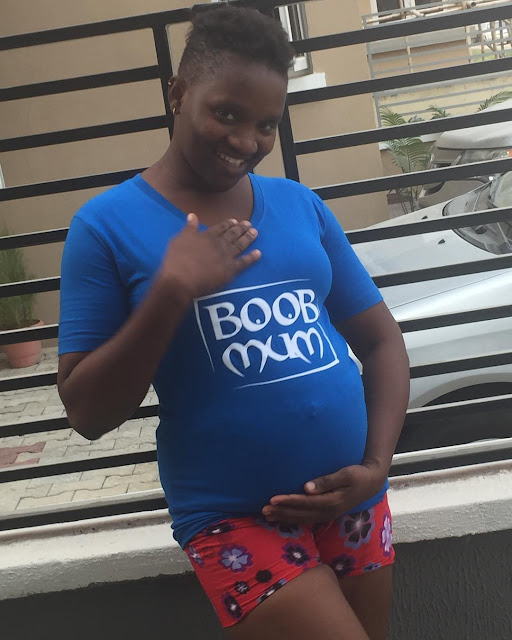 They called me a bad mother 🙂

After Boobman was born I struggled to find my Happy. At the same time, I had to act happy because who isn’t happy after birthing a child?

I carried on everyday reminding myself that as a mother my happiness came second. I needed to be there for my child. I needed to love him, care for him, take care of him etc.

As he grew, I felt myself sink deeper into the hole that sat in my core. And I couldn’t express this. I remember the day the health visitor came to check on us. She asked, “have you had any unpleasant thoughts concerning your baby?”

“No, I have been so happy since he arrived.” I lied.

She asked a few more questions, checked his height, head size, weight, and was done.

As she left, I wondered if I should call her back and tell her about that night he wouldn’t sleep and I needed sleep, and as I breastfed him, I imagined what would happen if I threw him against the wall. Perhaps I’d be free from this little bondage that seemed to be running my life. But I didn’t. I feared they would think me crazy. Some who knew me already thought me crazy. Sigh. I let her go. I returned to getting by one day at a time.

The day he turned 6 months, I decided I was going to run away. Because he was breastfeeding and I didn’t have any money I stuck around. At 9 months and three weeks, I had saved a little money so I weaned him one Friday, cold turkey style. Nobody knew I was weaning him. By the next day, he had forgotten breast. I was left with swollen painful breasts but I felt it was worth it because finally nothing was tying him to me.

On the 1st of November 2015, a week before he turned 10 months, I took him to my mum’s along with a new nanny I had gotten a week earlier. I told my mum I had a spa date and would be back for him in 2 hours.

As I left the house, I headed to the airport, bought a one way ticket to Lagos and left Abuja, Boobman, and motherhood behind. I sent text messages to my family that I was gone and not coming back.

I didn’t want to hurt my baby. I wasn’t sure how long I would have lasted before I snapped. Leaving was the only option. I wasn’t going to come back.

A few months later we were reunited. I was told to apologize to him for leaving him. What they didn’t know was for the months I planned my leaving, he was aware. I told him every time I breastfed him that I was sorry I had to go away without him. I told him the times I was sad. I told him the times I felt lost and empty. And the night before that November 1st, I shed a tear as I told him I was leaving the next day.

I still remember my final thought before I left. I said to myself, “if I die now, this child will survive and even thrive.” At that, my mind made itself up.

I know we like to think a mother should sacrifice herself for her babies but sometimes mother wants to run away and leave everything behind. This usually starts and ends as a thought or wishful thinking for most new mothers. For me, it was the only way to live. So I took the leap.

Posted by Unknown at 2:43 pm
Email ThisBlogThis!Share to TwitterShare to FacebookShare to Pinterest
Labels: Gists