To Avoid Baby Mama, I Don’t Sleep With A Girl Without Condom — Adekunle Gold 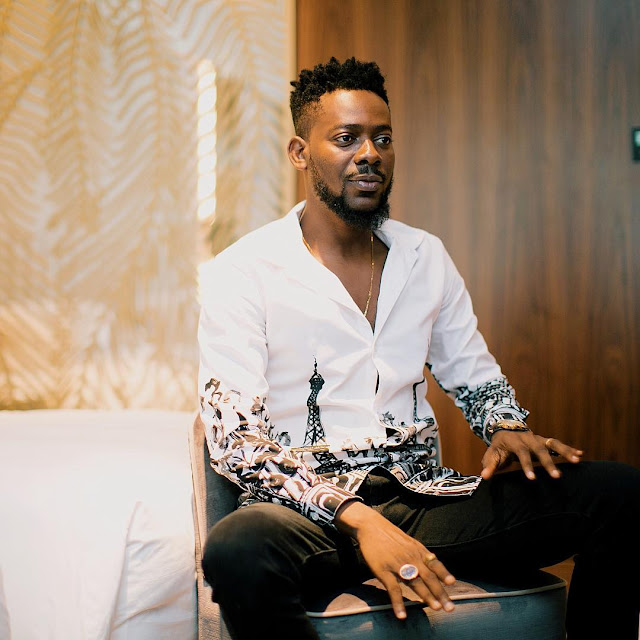 Adekunle Kosoko, Aka Adekunle Gold, in this interview, talks about his childhood, music career, relationships and other issues.

I like love but I don’t make only love songs. If you listen to my debut album, Gold, there are six songs on it that have nothing to do with love. I see things daily and I sing about them. I like to sing about things that happen to people because the audience relates to those things easily.

Have you ever had a one-night stand before?

Even if I have had that experience, do you expect me to say it in an interview?

Do you get nude pictures on social media?

I get a lot of that from ladies and it is fun, I must confess. There was a time in my life that I tried to get attention from ladies, but it was hard. It is a different story now and I am enjoying every bit of it.

How have you been able to avoid scandals?
I am decent in anything I do. I am a smooth operator.

How does your girlfriend cope with the attention you get from the opposite sex?

She understands the nature of my job but sometimes, she asks questions. I like to keep my relationship away from the public. What if my girlfriend doesn’t want to be in the limelight? I think people like me because of my music, not because of what I do in my private moments.

Do you have plans to have a baby mama?

I don’t want that for myself. It will be a disgrace to my family if I have a child born out of wedlock. I can only speak for myself. I was not brought up that way.

What if you ‘mistakenly’ get a lady pregnant?

Why should such mistakes happen? There is a way you can protect yourself. I cannot have sex with a lady without using a condom. For me, it is just wise to do the right thing. I don’t want to find myself in any drama.

Are you under pressure from your parents to get married?

We have an agreement. We agreed that I should focus on my music career first before venturing into marriage.

Sade was inspired by a girl who rejected you at a time. Did she later throw herself at you when fame came?

There was a lady I really liked in 2012 but she told me she was not ready for a relationship. I disturbed her for almost a year and it didn’t happen. I just felt I should sing about it in 2014. We never dated even when I became famous. When she rejected me, we were friends and we are still friends.

Why didn’t you press further after fame came?

Maybe by then, I was no longer interested in her. I think I got over her at some point. She has a boyfriend now.

Would you have loved to date her if she was still single?

I cannot really say. We had a conversation some time ago and I thanked her for rejecting me. If she had said yes and we had started dating, I would have been too comfortable and I may not have written Sade.

How did you handle the rejection?

I thought I wasn’t the kind of man she wanted. She is a pretty girl and I was just a random boy from Ikotun, Lagos. I felt perhaps, I needed to make money before she would agree to date me.

How would you describe your childhood experience?

Most people think I was raised in Bariga, Lagos, because I was signed to Olamide’s YBNL. I was actually raised in Ifako-Agege, before moving to Ikotun, both in Lagos.

Are you from a rich background?

I am from a very modest background. I attended public schools. My father is a principal while my mother is a teacher. I really enjoyed growing up in Ikotun and that was where I learnt most of the things I know. I later went to the Lagos State Polytechnic to study Arts.

Do you rely on alcohol or any substance for inspiration?

What extra thing do you need to tell a story? I don’t need any support for me to go on stage and I have fun with my band. I also relate to people during performances and that has been helpful.

Posted by Lawrencia at 12:30 pm
Email ThisBlogThis!Share to TwitterShare to FacebookShare to Pinterest
Labels: Gists