Trial Of Nigerian Who Stabbed His Fiancée To Death, Begins In The U.S. 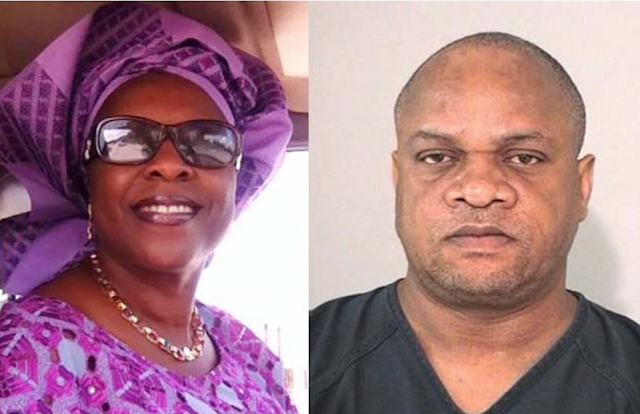 The murder trial of Osa Alohaneke, accused of stabbing his fiancé to death in 2015, has opened in a Fort Bend County Courtroom in Houston.

Alohaneke, 59, was living with his fiancé, Cameroonian Evelyne Epiepang, 52, when he allegedly attacked her and her friend, Veronica Taku, with a knife.

Taku survived, but Epiepang died. On Thursday, Jan. 10, Taku testified how Alohaneke stalked his fiancé and threatened to kill her repeatedly in the hours leading up to the murder.

Taku said Alohaneke ambushed them at the door and pushed his way inside the house. I turned to him and asked ‘What is happening between you and Evelyne?’” Taku testified.

“Osa looked and me and said ‘Do you really want to know?’ and then he pulled out a knife. Taku said she was screaming for help as Alohaneke stabbed her twice in the face and once on her arm before he turned his attention to his fiancé.

"He chased his fiancé, tripped her and then pounced on her with the knife, stabbing her over and over until she was no longer moving,” Taku testified.

Jurors listened to a recording of a 911 call about two hours before the murder wherein Epiepang told police Alohaneke had threatened to kill her over and over and she wanted him to leave her house.

A second 911 recording was played and jurors listen as a 911 operator answers and loud screams echo repeatedly in the courtroom as Epiepang is fighting for her life.

Several jurors appeared shaken by the recording and turn their eyes to Alohaneke, who quietly wipes away tears. Alohaneke had a prior arrest record.

Posted by Unknown at 1:26 pm
Email ThisBlogThis!Share to TwitterShare to FacebookShare to Pinterest
Labels: InternationalNews