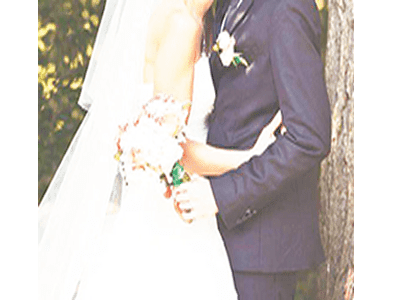 Just like a fairy tale, a 25-year-old man, Mr. Chiadi Ezeibekwe, said he impregnated his 17-year-old younger sister. As if that was not enough, he wedded her at a church at their Agba village in Ekwulobia, Anambra State. Agba youths, who saw the marriage as “an abomination,” burnt down the church where the wedding was consummated.

It was learnt that the wedding was conducted by Chiadi’s elder brother, Mr. Chijioke Ezeibekwe, a Shepherd of Dwelling Fullness of God Church, Agba. Chiadi quoted Deuteronomy 36: 6, which, according to him, permits marriage between brothers and ssters of the same parents. However, a member of the church, who spoke on condition of anonymity, countered that. He referred the brothers to Leviticus 18:9, which clearly speaks against marriage between brother and sister.

A source noted that immediately their eldest brother, Mr. Emeka Ezeibekwe, heard of the “incestuous marriage,” he alerted the clan head, who summoned the family to an emergency meeting. When their father, popularly, known as “Luisco,” was contacted for comments, he said that his concern was a way out of the situation, since according to him, “what has happened, has happened’’.

Addressing the crowd which gathered on their premises, their mother claimed that his son’s action was biblical, saying Chiadi paid her the bride price. Further enquiries showed that Chiadi and some members of the family were baptised into the Adventist Church after leaving their former church in August 2016.

Not long after that, Mr. Chijioke Ezeibekwe started his own church,” Onyeka added. It was also learnt that their grandmother passed away a few days after she found out about the marriage. The Igwe-in-Cabinet had since summoned the family for interrogation.

Posted by Unknown at 10:58 am
Email ThisBlogThis!Share to TwitterShare to FacebookShare to Pinterest
Labels: NijaDrama