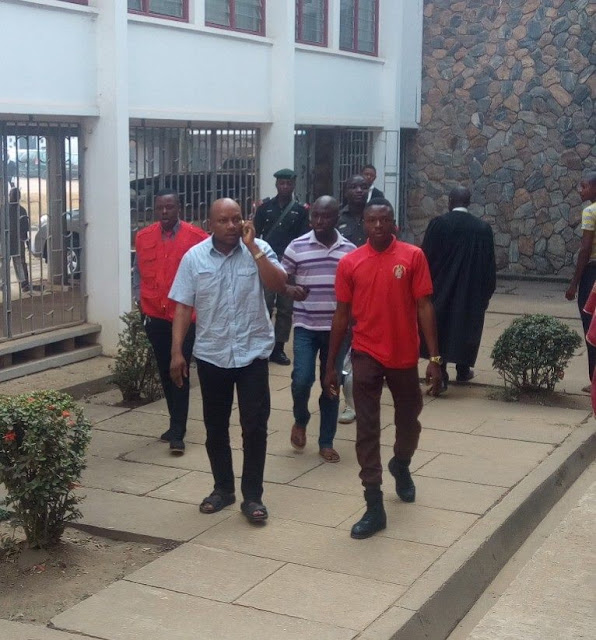 They were arraigned on different and separate charges bordering on conspiracy, stealing and obtaining money under false pretenses. While Ebenezer and Walter were arraigned together on a three- count charge bordering on conspiracy and stealing, Ebenezer answered to another separate five count charge alone for obtaining money under false pretenses respectively. They both pleaded not guilty to all the charges preferred against them.

In view of their plea, prosecution counsel, Adeola Elumaro prayed the court for a trial date. However, counsel to the first defendant, Degbile Moronkeji informed the court of an application for bail filed on 31st January, 2018, which he said is before the court.

Justice Owolabi however, ordered that the defendants be remanded in EFCC's custody pending the determination of their bail applications. The case is adjourned to 16 February, 2018 for hearing of bail applications.

Walter Ekomaye (39) and Ebenezer Adelowo (31) were arraigned sequel to a petition from a Regional Control Compliance Officer and Zonal Control Compliance Officer of a bank (name withheld) alleging that sometimes in December, 2017, the duo were involved in an illegal withdrawal of funds from customer's accounts totaling N23million. It was further alleged that they took advantage of their position as account officers to some of the bank customers to perpetrate the fraud.

According to the petition, Ebenezer allegedly collected over N27Million from different Bureau-de-change outlets under the pretense that he will give them the dollar equivalent.