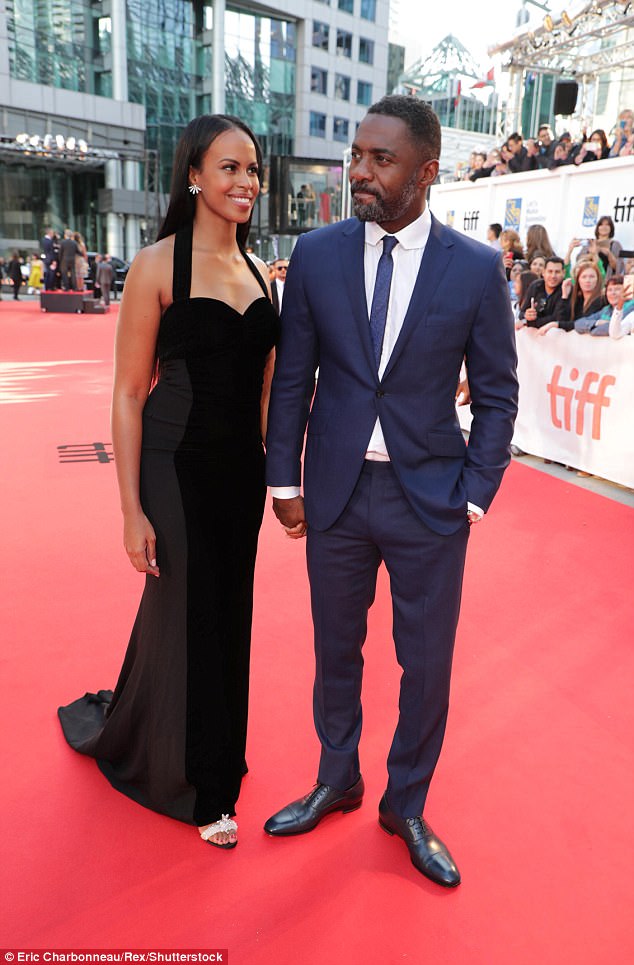 Idris Elba is really off the market...again. Idris Elba just made it official with girlfriend Sabrina Dhowre, and he didn't even have to wait until Valentine's Day.

The  45-year-old actor/director/DJ just popped the question in the most casually romantic way to his 29-year-old girlfriend of around 6 months, Sabrina Dhowre.

Idris screened his new movie Yardie this morning at Rio Cinema in London, and he decided to turn things up a notch by dropping to one knee in front of the whole theater. So cute!

So much for that interview, he did last year with Essence magazine where he said he likely wouldn't marry again after two divorces.

It looks like the former Miss Vancouver 2014 won him over, because Idris has been beaming with the fab chick on his arm at every event lately.

Posted by Lawrencia at 8:17 pm
Email ThisBlogThis!Share to TwitterShare to FacebookShare to Pinterest
Labels: Hollywood