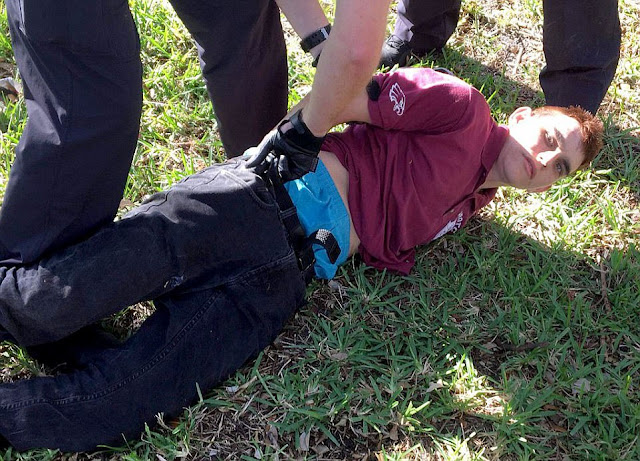 19-year-old Nikolas Cruz has been identified as the gunman in the mass shooting that left at least 17 people dead at Marjory Stoneman Douglas High School in Parkland, Florida.

He is said to be a former student who was expelled for disciplinary reasons. His Instagram page also had several pictures of guns and knives and a teacher told reporters that he showed warning signs. 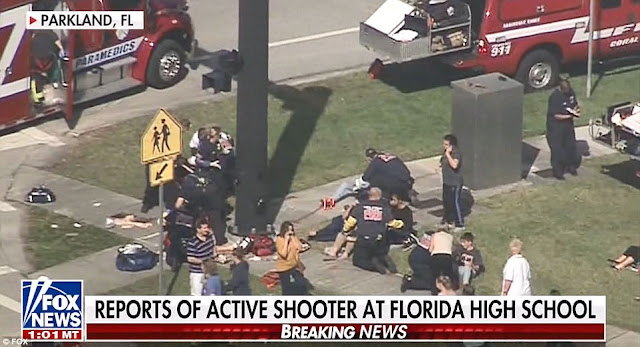 Nikolas Cruz armed with an AR-15 rifle opened fire at a Florida high school on Wednesday, killing at least 17 people, officials said, in a harrowing shooting spree that saw terrified students hiding in closets and under desks as they texted for help.

Broward County Sheriff Scott Israel identified the gunman as Nikolas Cruz, 19, a former student at Marjory Stoneman Douglas High School in Parkland who had been expelled for “disciplinary reasons.”

Cruz was arrested without incident in the nearby town of Coral Springs after the Valentine’s Day rampage and taken to hospital with minor injuries. 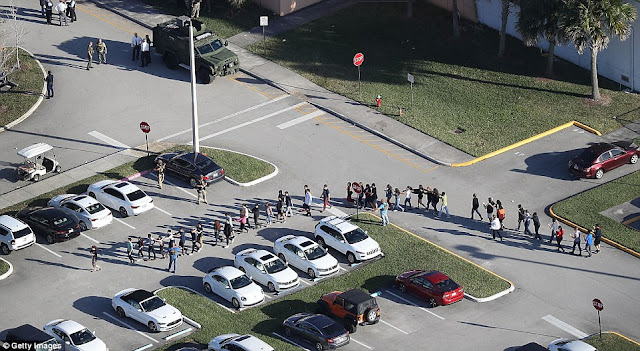 Israel said both students and adults had been killed. He was uncertain about the exact number of people injured, but at least 14 were taken to hospital and two had died there of their wounds.

The shooting, one of nearly 20 since the start of the year, will once again throw the spotlight on the epidemic of gun violence in the United States and the ready accessibility of weapons in a country with 33,000 gun-related deaths annually.

Police officers in helmets, bulletproof vests and armed with automatic weapons could be seen stationed at several points around the sprawling school complex, which serves nearly 3,000 students.

The FBI said it was assisting local law enforcement with the investigation. 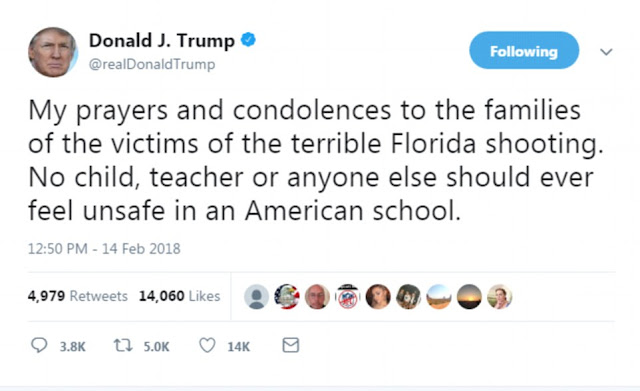 President Donald Trump offered his “prayers and condolences to the families of the victims.

“No child, teacher or anyone else should ever feel unsafe in an American school,” he said on Twitter.

Posted by Lawrencia at 11:04 am
Email ThisBlogThis!Share to TwitterShare to FacebookShare to Pinterest
Labels: InternationalNews