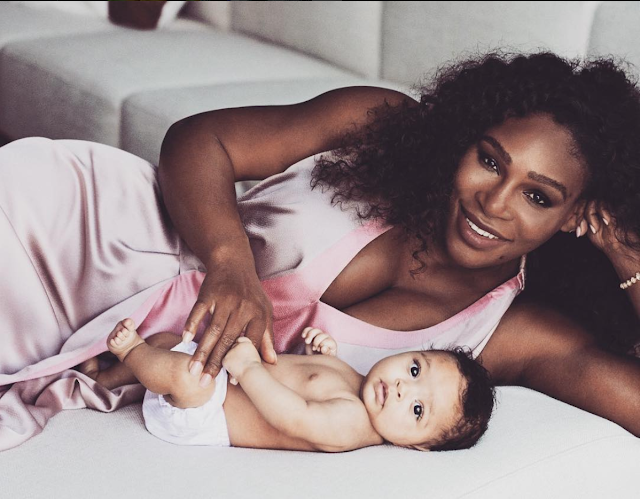 Tennis legend, Serena Williams has revealed in an article with CNN, how she almost lost her life after giving birth to her daughter Olympia in September.

She said she lives in fear of blood clots, a condition that surfaced during her harrowing post-natal ordeal and revealed she got a blood clot in her lungs, blocking one or more arteries.

“I almost died after giving birth to my daughter,” Williams wrote.The 23-time Grand Slam champion Williams said she had to have an emergency Cesarean section surgery after her heart rate plummeted dramatically during contractions. The surgery was successful and before she knew it she was holding the newborn.

“But what followed just 24 hours after giving birth were six days of uncertainty,” she said.

Williams in an interview with Vogue magazine in January said that during her postnatal ordeal she suffered a pulmonary embolism — when blood clots block one or more arteries in the lungs.

Posted by Lawrencia at 4:55 pm
Email ThisBlogThis!Share to TwitterShare to FacebookShare to Pinterest
Labels: Gists