I'm A Security Guard In The U.S, Not A Gardener, Nollywood Actor Femi Ogedengbe Clears The Air 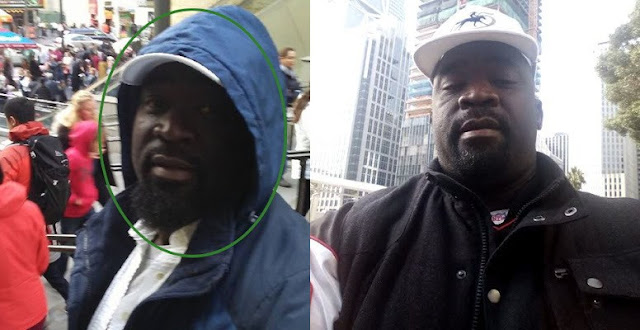 Nollywood actor Femi Ogedengbe, has for the first time, spoken about his relocation to the U.S, which he said was necessitated by poverty. However, in a chat with Kemifilami, he revealed that he now works as a security guard in the U.S, and not a gardener, as being reported in some section of the media.

According to him: "I have relocated to the U.S. I got there in January, 2016, and my family joined me in July, 2017. I relocated because I just couldn’t cope with the way my life was going for me in terms of poverty.

I saw myself as one of the very great actors in Nollywood. In 2005, I discovered that the Nollywood industry, where I belong, was becoming more and more a tribalistic industry because a few financiers who were throwing in money for productions dictated who appear in the movies.

I bless God for a good wife, everything got messed up, I was practically begging to feed. I looked into it, I have been travelling out of the country since 2007, I told my wife that we have to make a sacrifice.

I need to move out of the country and seek a greener pasture and as God would have it, the plans worked out. To the glory of God today, we are in the US together. I am a Security Guard, a job that takes care of me, my family and my people back home, while I upgrade my film-making skill.

I work as a security personnel, I trained to be a Security Guard and I obtained a guard card, which is the criterium to work as a guard, and maybe I might own my security company soon too."

Posted by Unknown at 1:24 pm
Email ThisBlogThis!Share to TwitterShare to FacebookShare to Pinterest
Labels: Gists