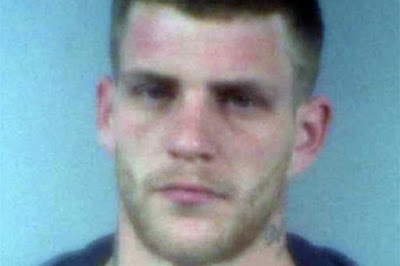 An ‘insanely jealous’ boyfriend beat up his partner because he feared her ex had a bigger penis than him. Nathan Galvin, 29, attacked his girlfriend in her home in Kent for around 20 minutes after confronting her about the size of her former lover’s manhood last October.

The assault, which took place with his girlfriend’s two children in the house, ended when a neighbour came to help after hearing her pleas. Galvin, from Ramsgate, Kent, admitted two assaults and was jailed for three years at Canterbury Crown Court. Judge Rupert Lowe gave him a further four months in jail for contempt after he made a gun gesture towards his victim after he’d been sentenced.

He had become obsessed with penis size after going to a school reunion with his girlfriend and bumping into her ex. Galvin also demanded to know whether her former partner was better in bed before launching his attack, which involved him punching and throttling his victim. She pleaded for him to stop telling him she ‘can’t breathe’ but he continued his assault and told her he would ‘kick her across the kitchen’ if she passed out.

Posted by Unknown at 12:58 pm
Email ThisBlogThis!Share to TwitterShare to FacebookShare to Pinterest
Labels: InternationalNews