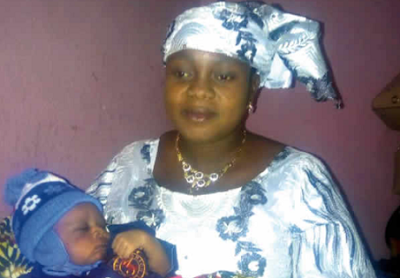 The police in Katsina State have launched an investigation into the circumstances surrounding the death of the wife of a member of the state House of Assembly, Binta Safiyanu, who died after allegedly drinking a herbal concoction to boost the flow of her breast milk.

The deceased, a mother of six, was said to have died a week after being delivered of a set of twins.

Northern City News learnt that Binta was said the first wife of Yunusa Jikamshi, the lawmaker representing Musawa constituency in the state House of Assembly.

It was learnt that after being delivered of the babies, her breast milk was not flowing as expected, a development which made her co-wives to persuade her to drink the concoction.

The other two wives allegedly assured her that the concoction would enhance the flow of the milk.

Another version, however, had it that the deceased was fond of taking traditional herbs and allegedly directed a woman identified simply as Sakina to prepare the concoction for her.

She was subsequently rushed to Musawa General Hospital, where she was confirmed dead.

She has since been buried, according to Islamic rites.

Sources added the incident was initially reported at the Musawa police station from where it was transferred to the state criminal investigation, Katsina bureau, for further investigation.

Sakina is however being detained by the police.

The spokesman for the state police command, DSP Isah Gambo, confirmed the incident, adding that investigation was in progress to unravel the real circumstances surrounding Bintu’s death.

The lawmaker could not be reached for comment as he was said to be out of Katsina at the time of filing this report.

Posted by Unknown at 10:18 am
Email ThisBlogThis!Share to TwitterShare to FacebookShare to Pinterest
Labels: Gists