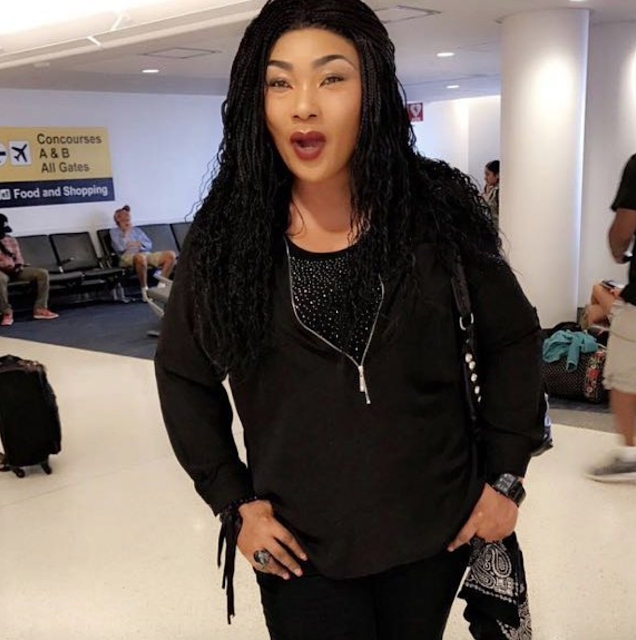 Despite the fact that the cold hands of death snatched her only son from her, it has not stopped the undying maternal love, veteran actress Eucharia Anunobi, has for her boy. In a chat with Saturday Beats, the actress explained why she decided to celebrate her son’s posthumous birthday with the motherless babies and why she decided to give some of his personal effects to young inmates at the Special Correctional Centre for the Boys. She said,

“I have not removed my mourning clothes, neither have I opened my hair since the death of my son. I have only been wearing white since his demise and the reason I have maintained this is because my son was a good boy to me; but he was mistakenly killed by the doctor. My son was not supposed to die. He was a very wonderful child.

I decided to honour him by marking his 16th birthday posthumously the way we normally do. During our birthdays, we usually visited the motherless babies and show them love by donating some clothes and food to them. This year would not be any different from the previous ones we have celebrated. I am going to do it the way my son and I had always done it and I would give out some of his personal effects.

Normally, when someone dies, you do not touch their things for about a year. For instance, if a man’s wife dies he is not expected to touch her things or dispose of them till after a year. Initially, I decided to do the same thing but I later changed my mind and that is why I donated some of his things to a government-owned motherless babies’ home and also to the boys at the Special Correctional Centre for the Boys. I am doing this because I am a humanitarian and to let the motherless babies know that we love them.”

Posted by Lawrencia at 10:44 am
Email ThisBlogThis!Share to TwitterShare to FacebookShare to Pinterest
Labels: Gists