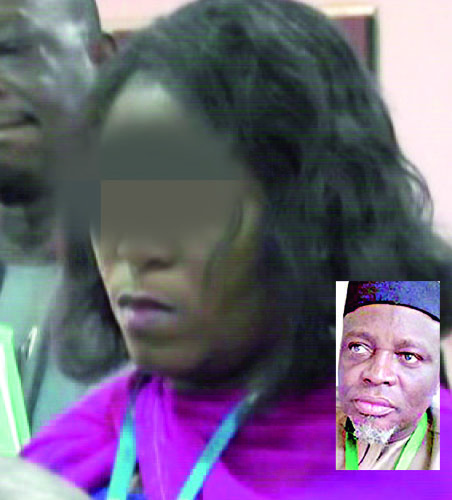 The management of Joint Admissions and Matriculation Board, JAMB, is yet to come to terms with an explanation by an official in the Makurdi, Benue office of the Board that proceeds from the sale of admission scratch cards in the state, totaling N36million have been swallowed from the cash vault by a mystery snake that comes in the night.

The mystery snake was said to have sneaked into the account office of the Board in Makurdi and made away with the N36 million cash a number of times. JAMB candidates hitherto purchased scratch cards from JAMB state offices and other designated centers, to gain access to the Board’s website for either registration or to check their admission status.

The witchdoctor steps in

But the reforms introduced by JAMB registrar, Prof. Ishaq Oloyede, when he assumed office in 2016, recommended an end to the use of scratch cards,  replacing it with more efficient and effective platforms.

To streamline its operations, Saturday Sun learnt, a team of auditors was dispatched to different state offices of JAMB to take inventory of the sold and unsold scratch cards and recover whatever money that might have either been generated or mismanaged during the period of the sale of scratch cards.

As they hit the ground running, several incredible discoveries were made in different states visited. But the case of Makurdi office of JAMB revealed a shocker to all. A sales clerk, Philomina Chieshe, told JAMB registrar and his team that she could not account for N36 million she made in previous years before the abolition of scratch cards.

In the course of interrogation, Philomena denied the allegations that she stole the money. She however confessed that it was her housemaid that connived with another JAMB staff, Joan Asen, to “spiritually” steal the money from the vault in the account office.

She said: “I was one of the four sales clerks attached to JAMB office in Makurdi. My responsibility was to sell scratch cards to candidates and not involved in handling the revenues. It was the responsibility of Joan Asen and my other senior colleagues. I only remit money when am done selling the cards.

“Few months ago, there was issue of fraud in the Makurdi office. Auditors were sent from Abuja to carefully flip the record books of the office, to perhaps, ascertain the current state of affairs.

“The state Coordinator, Obilo, was not around when the audit team came. But in the course of the audit, N36 million was discovered to have been missing from the account. An investigation was launched. In the course of the investigation, it was discovered that Joan Asen, who is account staff and a lady outside JAMB have connived to steal the money.”

How the mystery snake swallowed millions

Philomina in her confessional statement said that Joan Asen and her accomplices confessed that they have been stealing the money “spiritually” through a mysterious snake that always sneak into the office to swallow the money from the vault.

According to her “It was a mystery to me too. I have been saving the money in the bank, but I found it difficult to account for it. So I started saving it in a vault in the office. But each time I open the vault, I will find nothing. I became worried and surprised how the millions of Naira could be disappearing from the vault. I began to interrogate everybody in the house and office, and no one could agree on what might have happened to the money. I continued to press until my housemaid confessed. She said that the money disappeared “spiritually”. She said that a “mysterious snake” sneaked into the house and swallowed the money in the vault.”

Prof Oloyede is not only battling with fraud within his office but also syndicates that have been feeding fat on JAMB for years. The Board Registrar confirmed that the mystery snake fraud is one of the almost 100 fraud cases he’s tackling. According to him, “We are deeply worried by the incessant cases of candidates being defrauded by registration syndicates and CBT operators. The planning and operation of our CBT examination begin with the registration exercise. At this stage, we monitor the effectiveness of the telecommunication network to be used during the examination. Some of our CBT operators are found to have collaborated with these syndicates to carry out registration irregularities that frustrate the credibility of our examination.

“In some cases, the criminals have attempted to break into our Virtual Private Network (VPN) in order to give access to unauthorized cybercafés and malicious persons for some fees thereby distorting our planning and data management and also putting the candidates’ registration in limbo. There is no doubt that our strict monitoring, vigilance and sophisticated technology are exposing high number of infractions hitherto neglected; the former is not creating the latter.

“It is our conviction that weak enforcement regime for such breaches of registration requirements, rules and procedures is in part responsible for many challenges associated with identification of candidates during examination in the past. We have set the tone and framework for combating all irregularities with respect to our process of registration emboldened with the knowledge that a failed or badly regulated registration exercise could open a floodgate of examination malpractice.

“Through our monitoring exercise, we have been able to break the backbone of illegal registration syndicates across the nation. Our investigation in the last two weeks is very revealing and rewarding. Security agencies have made several arrests of persons involved in unfortunate incidence which includes CBT operators, individuals not connected to our process but collaborating with our operators and we are determined to ensure that they are prosecuted. We are not relenting.”

Posted by Lawrencia at 12:25 pm
Email ThisBlogThis!Share to TwitterShare to FacebookShare to Pinterest
Labels: NijaDrama