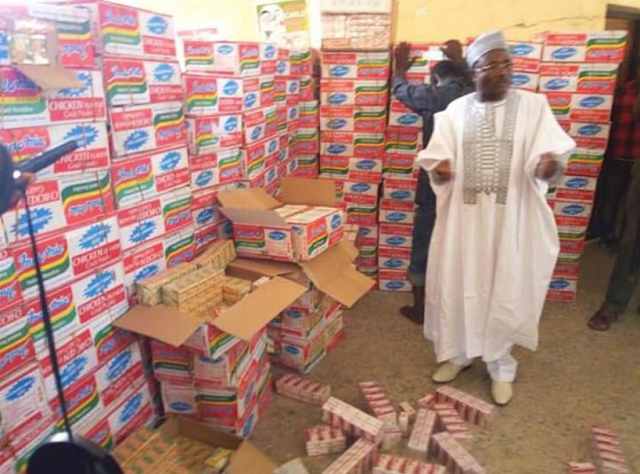 Mr Yakubu Kibo, the NDLEA’s state Commander who made the disclosure shortly after displaying the exhibits on Thursday in Yola, said the drugs were valued at N19 million.

A suspect, John Ugwu, who owned the shop opposite Mubi General Hospital, was arrested. After thorough search, 183 cartons of Indomie noodles were discovered.

The cartons were opened and they contained 1.316 tonnes of Tramadol 225 mg tablets.

Posted by Unknown at 11:15 am
Email ThisBlogThis!Share to TwitterShare to FacebookShare to Pinterest
Labels: Crime