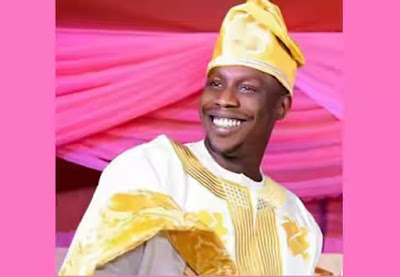 One of the sons of Ex-President Olusegun Obasanjo, Olujonwo, has refuted an alleged claim that he was missing.

Last week, Olujonwo ‘s mother in an interview granted a national newspaper, had said her son had been missing and that security agents had been alerted to that effect.

But, in a statement dated February 7, and signed by the 34-year-old Olujonwo, which was made available to journalists in Abeokuta on Thursday, he wondered how he could be placed on missing persons’ list at his age.

In the statement titled, ‘I am neither missing nor lost,’ the former First Son declared that of his own volition, he decided to “keep away” for now.

The statement read in part, “At my age of over 34 years, it is ridiculous to the extreme that my mother would ask the Police to look for me. I am well, alive and kicking and the Police need not look for me.

My siblings and others in my family … know my whereabouts and we keep interacting and communicating.

My father, who has supported me and my decisions in every aspect of my life, has been in constant communication with me and he is aware that I am hale and hearty. This is my personal and deliberate decision.

Concerning the rumour trailing his marriage, Olujonwo said he was old enough to marry and manage his marriage, “including to decide what to do with it, if the need ever arises.”

Posted by Lawrencia at 11:41 am
Email ThisBlogThis!Share to TwitterShare to FacebookShare to Pinterest
Labels: Gists