Pastor Impregnates, Kills Chorister And Lady Who Knew About It, In Rivers State 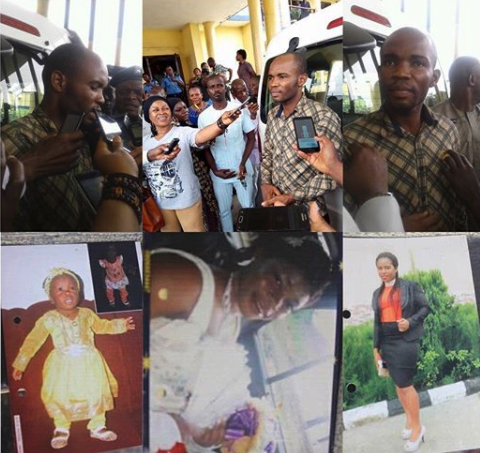 The Rivers State Police command has arrested the Senior Pastor of Alter of Grace Ministries, Chidiebere Okoroafor, for allegedly killing three people, including two pregnant women and an infant near Izuom market, Oyigbo.

Preliminary investigation revealed that Pastor Okoroafor had impregnated Olumma Onwaagba, who until her death was a member of the church choir.

It was gathered that Okoroafor allegedly pressured Olumma to terminate the pregnancy but she refused. Her refusal led to her death and that of those who knew about the scandal.

While speaking to newsmen, the suspect said: “I don’t know what came over me. It was the handiwork of the devil. I am just begging for forgiveness from the families.”

According to the police, “We discovered that the Pastor was having an amorous affair with one of the deceased, Uloma. The Pastor manipulated the two women on the 10th of December by first luring Concila to an uncompleted building and killed her there.

After strangulating the late Concilia, he then took Uloma with Christabel in a tricycle to an isolated farm at Igberu road and gruesomely murdered her in the surrounding overgrown bush with the baby strapped to her back.

She was suffocated with the wrapper she used in strapping the baby to her back.” The bodies of the deceased have since been recovered.

Posted by Unknown at 8:51 pm
Email ThisBlogThis!Share to TwitterShare to FacebookShare to Pinterest
Labels: Crime