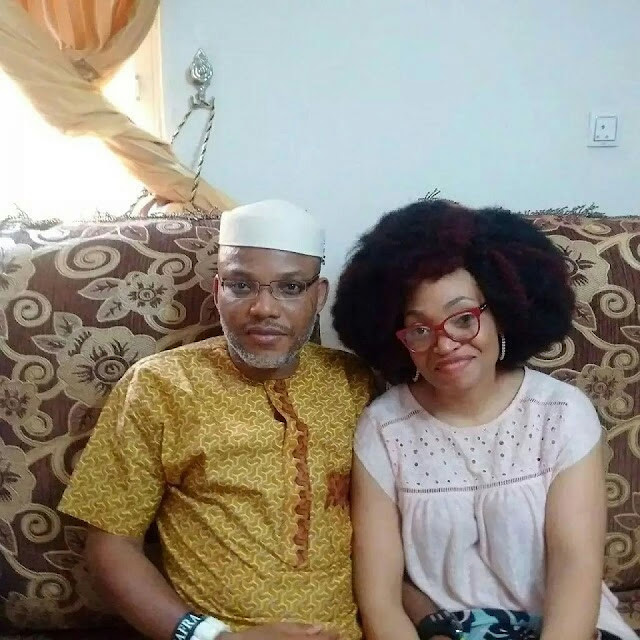 Uchechi Kanu, the wife of IPOB leader, Nnamdi Kanu, says her husband’s disappearance should be the major issue that will dictate discourse as the nation goes to the poll next year.

While speaking in an interview published by BBC on Monday, Uchechi said the Nigerian government should account for her husband’s whereabouts, else, people will not vote.

Her words: “In the next coming election. We need to have that in mind that for us to ever be better, we need to stand up. Yes, Nnamdi Kanu’s issue should be the number one thing: where is he?

You need to provide him; at least tell us where he is. You need to at least do something before you run an election, otherwise we aren’t going to vote.”

Mr. Kanu is wanted by the Nigerian government for alleged treason. He has not been seen in public since September 2017 when the army raised his residence in Abia state. The army denies knowing his whereabouts.

Mrs. Kanu maintained that the Nigerian Army should tell the world what happened to her husband, saying nobody in his family knows whether he was dead or alive. .
When asked how life has been since her husband’s “disappearance”, she became emotional, describing the experience as difficult. “It is difficult,” she said about raising their child without her husband, adding that the child sometimes says things that break her heart.

He goes sometime… he says ‘Daddy’, and that kills me more, because I don’t know what to say to him,” she said

Posted by Lawrencia at 11:33 am
Email ThisBlogThis!Share to TwitterShare to FacebookShare to Pinterest
Labels: NationalNews