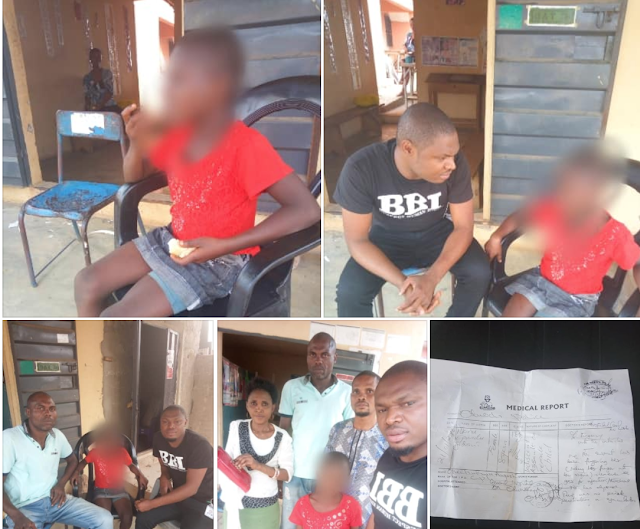 Onwuegbuka, a pharmacist operating in Umueri Otuocha, Anambra State, has been accused of defiling an 8-year-old girl sent to buy a medicine from his store.

According to the victim, Nkiru,: "I was sick and my father sent me to buy drugs at the chemist shop and also take the injection. Getting there the man raised my skirt, removed my pant and used his finger to insert into my private part.

He continued until I started having pains and he stopped and warned me not to tell anybody. Getting home I told my Grandmother who reported it to my father".

Speaking on the development, Gwamnishu Harrison, a rights activist who has now taken up the case, said: "Her father reported the case at Otuocha Divisioner Police station and a medical report was issued to visit a Government hospital.

The Doctor confirmed that the girl has been sexually abused. Onwuegbukawas arrested and detained in the station. In what look like a tradition in the community (Investigation proved) the family of the suspect with the police has already pleaded with the girl father for settlement.

At the Police station yesterday, I met with the Police officers and also the victim father to know his reasons of accepting money from them. He told me he was under duress and accepted the money to enable him treat her child who couldn't sit down due to the injury she sustained and that he didn't agree for settlement."

Posted by Lawrencia at 10:41 am
Email ThisBlogThis!Share to TwitterShare to FacebookShare to Pinterest
Labels: Crime