Photo: Woman Burns Down Her House And 20 Others After Losing Out In A Bitter Divorce 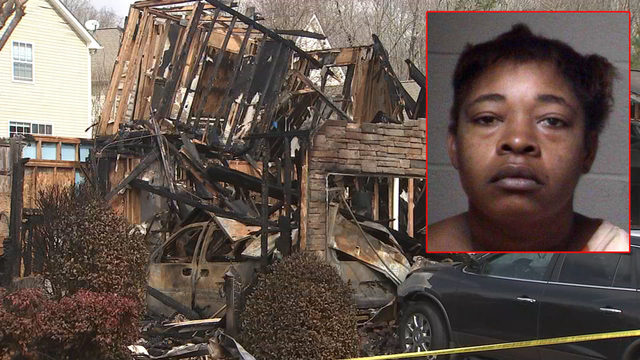 A Georgia woman who had recently lost her home to her ex-husband in a bitter divorce battle decided that if she couldn't live there, nobody could.

According to Fox News, Adrienne Satterly stacked up mattresses in her living room and set them ablaze. The fire quickly spread out of control, burning down her home, and damaging 19 others in her neighborhood.

WSB-TV reports that Satterly set the fire and then left the house with her two cats. Authorities say she walked for over an hour to a local Walmart, where she called 911 to report the fire.

Her home was one of four houses that were destroyed, while 16 others suffered damage. Luckily, only one person was injured in the massive fire.

“Despite the massive property damage, only one minor injury was reported,” the Paulding Fire Department said.

Police arrested Satterly, who was charged with 14 counts of first-degree arson and three counts of aggravated animal cruelty. Two dogs and one cat died as a result of the fire.

Yolanda Woodland was the owner of the two dogs that died and said she is heartbroken.

Her daughter, Auzalea Godfrey who lost everything in the fire, said the flames moved very quickly.

Satterly is locked up in the Paulding County Jail, where she is being held without bond.

Posted by Unknown at 10:08 am
Email ThisBlogThis!Share to TwitterShare to FacebookShare to Pinterest
Labels: InternationalNews