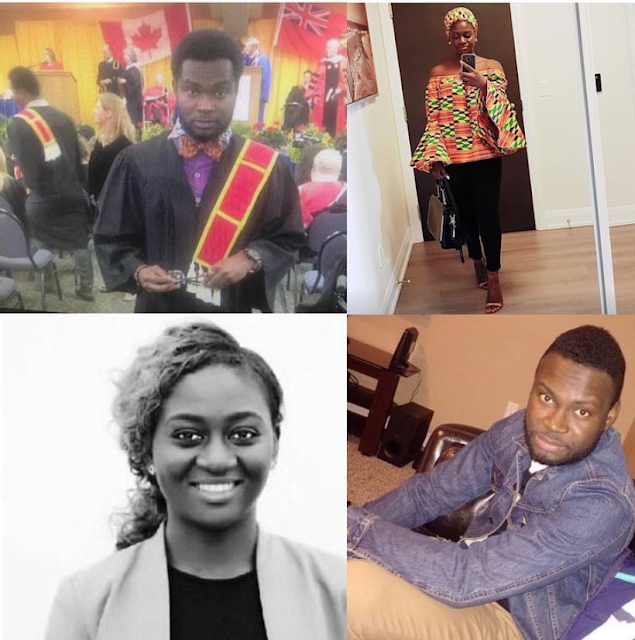 A 30-year-old Nigerian man, Onoseta Oribhabor, has killed himself after murdering his 27-year-old girlfriend, Essozinam "Martine" Assali, in Toronto, Canada.

It was gathered that the police were called to a condo building in the north end of the city, on March 6, and found Oribhabor dead on a balcony. After a further search, they found a woman inside a unit with obvious signs of trauma.

She was treated for injuries, but ultimately died. Oribhabor graduated from Babcock University, Ogun State, before leaving for Canada. Police characterize the case as a murder-suicide.

Posted by Lawrencia at 11:15 am
Email ThisBlogThis!Share to TwitterShare to FacebookShare to Pinterest
Labels: InternationalNews