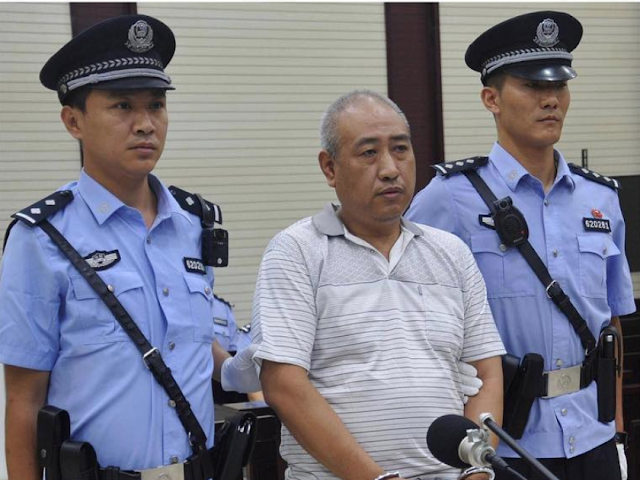 A serial killer in China, who targetted women and girls wearing red, has been sentenced to death for the murder of 11 women between 1988 and 2002.

Gao Chengyong, 53, was found guilty over the killings in the northern city of Baiyin. Dubbed "Jack the Ripper" by some local media, he followed his victims home, before robbing, raping and murdering them. .

He often cut their throat and mutilated their bodies, police say. The father of two was detained at a grocery store he runs in 2016. The breakthrough in the 28-year hunt came after his uncle was arrested for a minor crime, China Daily newspaper reported.

He gave a DNA sample which police then linked to the crimes, determining they must have been committed by a relative.

In 2004, police said the suspect they were looking for had "a sexual perversion and hates women" describing him as, "reclusive and unsociable, but patient".

The court in Baiyin described Gao's actions as "despicable". "To satisfy his perverted desire to dishonour and sully corpses, many of his female victims' corpses were damaged and violated," the court said.

Gao's youngest victim was 8 years old. Gao's first killing took place in May 1988, the year his son was born. The 23-year-old victim was found with 26 stab wounds. Subsequent murders followed a similar pattern.

Posted by Lawrencia at 2:36 pm
Email ThisBlogThis!Share to TwitterShare to FacebookShare to Pinterest
Labels: InternationalNews