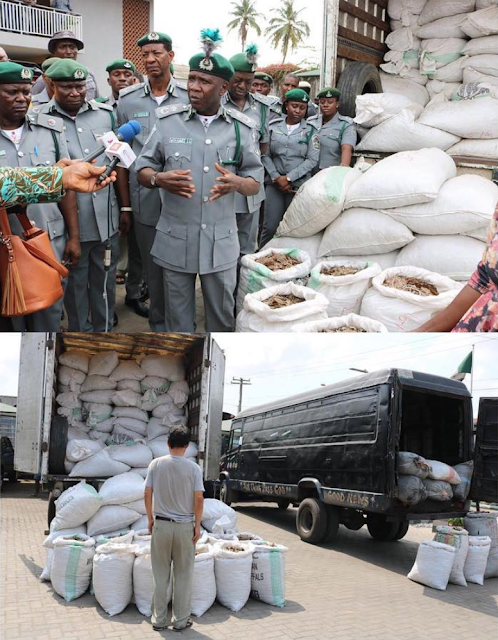 A Chinese man identified as Mr. Li Chaomin, has been arrested by the Nigerian Customs Service, in connection with pangolin scales with a duty paid value (DPV) of N1.73 billion.

The banned items, which were packed in 329 sacks, were impounded at Opebi, Ikeja in Lagos. However, Chaomin said that he got approval from Chinese government to export the banned goods from Nigeria.

According to him, after several efforts to obtain permission from the Ministry of Environment to export the animal scales failed, he contacted his country. He said he had been trading in Nigeria since 2015 on China candles, power bank and lighters.

He said: “Some business people approached me a few months ago that China market needed pangolin which they used in producing medicines. When I went to China, I found that the Chinese use it to produce medicines to cure various diseases.

I applied for permit in Nigeria but I was not able to get the permit… All the documents are in my email address. I bought the pangolin plates and put them in my warehouse because I thought I was operating with legal documents.’’

According to Chaomin, he usually goes to Cameroon to get the pangolin plates for export. This latest seizure was the second within a month in Lagos.
Posted by Lawrencia at 8:26 am
Email ThisBlogThis!Share to TwitterShare to FacebookShare to Pinterest
Labels: Crime