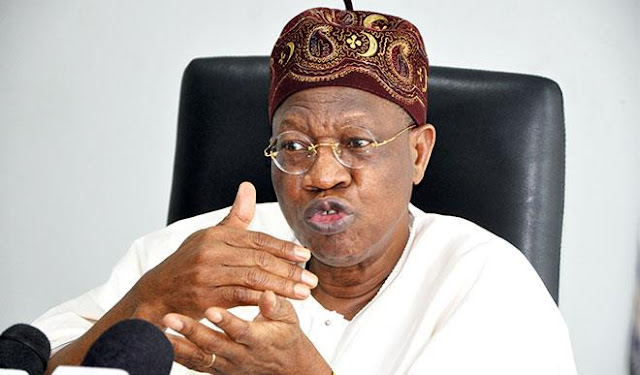 FG is in talks with Boko Haram about a possible ceasefire, Minister of Information and Culture Lai Mohammed has revealed.

According to him, the talks have been going on for some time. He told reporters, yesterday, in Lagos that ”unknown to many, we have been in wider cessation-of-hostility talks with the insurgents for some time now”.

“The talks helped to secure the release of the police officers’ wives and the University of Maiduguri lecturers recently. The talks did not stop thereafter.

Therefore, we were able to leverage the wider talks when the Dapchi girls were abducted,” Mohammed said.

The minister said the FG would reinvigorate national security to prevent further abduction of school girls in the Northeast.

Posted by Unknown at 7:33 am
Email ThisBlogThis!Share to TwitterShare to FacebookShare to Pinterest
Labels: NationalNews