How Majek Fashek Brought Me Out Of Depression – Owen G 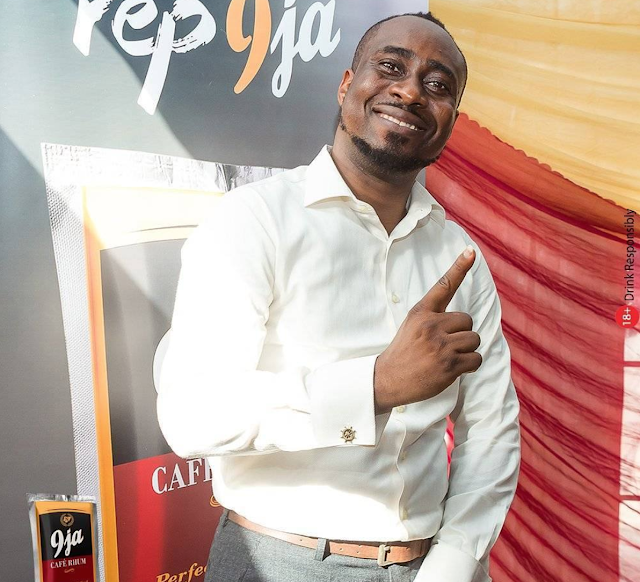 Going by the revelation made by ace comedian, Owen G that he was in a serious state of depression for the best part of 2017, it is obvious that even comedians get very sad. The humour merchant told Saturday Beats that he was so depressed during that period that he did not care much about his life.

He admitted that for a very long while he was placed on anti-depressants, the drugs did not really work. He said he instead listened to inspirational songs from artistes like Majek Fashek and Bob Marley which helped him to snap out of depression.

He added that prayer and his family played a key role in his life when he hit rock bottom.

“Although comedians are thought to be the happiest people in the world, we are also human beings. When I was depressed, I had to find a way to snap out of that mental state of mind even though it was hard for me. For years, I had taken different pills and drugs just to calm me down. I had taken antidepressants, high blood pressure drugs; and there were times that they had given me drugs that would just knock me out and make me sleep but when I woke up after a while, I would be back to the reality of things. However, none of the drugs was as powerful as self-rediscovery and prayers. I felt better every time I prayed and I started reading inspiring books. I began to read stories that changed my thought process and whenever I saw a book with the word ‘think’ or how to work on your mind, I started reading them. I began to listen to inspirational songs like Majek Fashek’s Spirit of Love album, reggae songs. The Spirit of Love album had a lot of inspiration songs; I also listened to Redemption song by Bob Marley. I paid attention to things that got me excited. I also started going out not as Owen G but Mr. Owen Osamwengie. I started spending more time with my sons; my first son loves football a lot, so we would sit down and discuss football for hours. That was how I snapped out of depression.

“A lot of people fail to understand that comedians are human beings as well and we do comedy because it is what we know best. Anytime I am in front of somebody, I feel the need to make the person happy even if it means the person would be happier than me. It is what I know how to do best but I am human as well and I go through pains like every other person. Comedy is just our work, just as you have bankers and doctors. There are so many times one has gone through a huge loss you know you cannot get back; if you do not have enough strength to put it together, you would find out that the situation would eat you up. If something more disastrous should happen at the time, you find out that you begin to enter a state of depression. It starts with unstoppable headaches, you would not be sick physically but mentally, then you would become withdrawn. I never allowed my hair to grow as I shaved after every three days but I got to a point when I kept my hair for three weeks and I did not care,” the comedian said.

He noted that after he got out of that dark phase in his life, the next thing was to start work and that made him produce the movie, ‘200 Million.’

“During the period that I was very depressed, I could not concentrate on anything, but immediately I snapped out of it, I knew that I had to keep myself busy and it was during that time that I came up with the concept of my new movie ‘200 Million.’ It is a comedy film that relates to money, politics and religion. It talks about the relationship of the average young Nigerian in relationship to money politics and religion. Basically, the film tells the story of a young graduate from Edo State with master’s degree but he did not have a job and had to go into fraud. He sought the help of a pastor to pray for him but while he was waiting for the pastor, he overheard the supposed man of God discussing with a senator on how they wanted to use the church account to launder $200m and they would bring the money during night vigil. That was how he and his friends turned to armed robbers. It took me close to two years to produce the star-studded film that parades stars like Odunlade Adekola, Mercy Aigbe, Owen G, Ali Baba, Saka, Basorge, Yaw, Woli Arole, Frank Donga, Lepacious Bose but to mention a few actors,” Owen G said.

Posted by Unknown at 1:36 pm
Email ThisBlogThis!Share to TwitterShare to FacebookShare to Pinterest
Labels: Gists