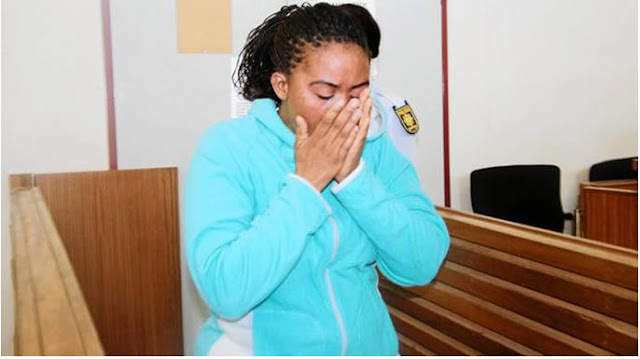 A South African mom of a 7-month-old baby, who believed her child was possessed by demons, allegedly beat the infant continuously for two days in an attempt to perform an exorcism.

Shocking details of how the baby was murdered were revealed in the Barkly West Magistrate’s Court on Wednesday during the bail application of Evelyn Jacobs, the mother of the child, IOL reports.

Jacobs is accused of killing her baby after she and her co-accused, Emmanuel Welcome, apparently tried to perform an exorcism on the child on October 12, 2016.

According to the testimony of the investigating officer, Detective Constable Kgositsile Taolo, the incident occured after Welcome told the mother that her child was possessed by demons.

The results of the psychiatric report indicated that the mom was fit to stand trial. Magistrate Cornelia Voster, hence, denied her bail application.

Posted by Unknown at 8:26 pm
Email ThisBlogThis!Share to TwitterShare to FacebookShare to Pinterest
Labels: Crime