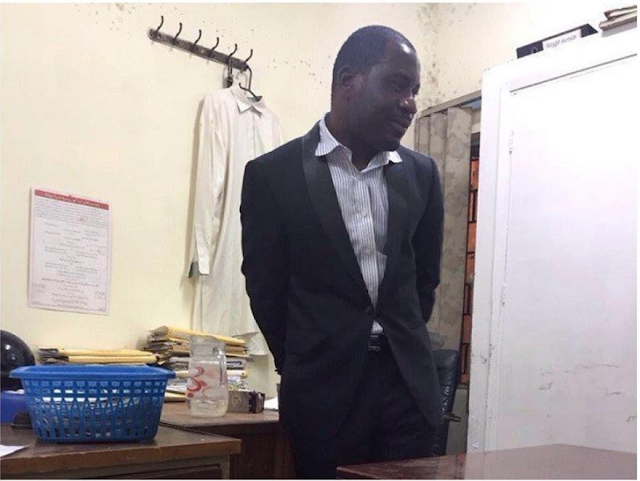 A Nigerian citizen has been arrested for allegedly defrauding a Pakistani of Rs350,000 (almost N194million) in Islamabad.

The suspect, identified as Lamido Ogbeh, was arrested by the Kohsar police after the victim lodged a complaint against him on Saturday.

According to the victim’s statement to the police, the suspect while impersonating a British national telephoned him from a UK number and offered to help him.

The suspect told the victim to deposit the amount in a bank account so that his shipment from the UK could be cleared and delivered to him.


Muhammad Arif, the victim, said he deposited the amount in the given bank account. The cash was withdrawn by a man named Asif  from a bank in Islamabad’s F-7 area.

When no shipment was delivered, the victim contacted the account holder, Asif, who told him that he withdrew the amount and handed it over to a foreigner named Joseph.

The police traced down the said foreigner who was identified as Ogbeh, a Nigerian national living in Pakistan on a business visa.

Police suspected that the accused might have defrauded other people as well.

Posted by Unknown at 7:32 pm
Email ThisBlogThis!Share to TwitterShare to FacebookShare to Pinterest
Labels: InternationalNews