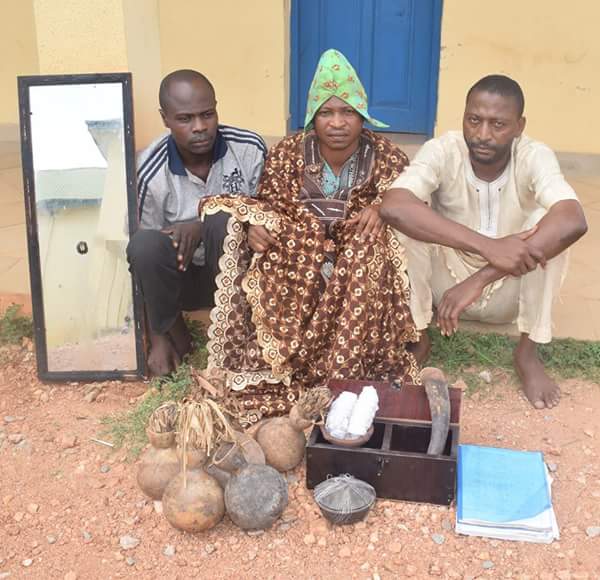 The CP and his entourage visited the shrine where the suspects perpetrate their evil. The ringleader of the ritualistic gang, Afolabi Ganiyu popularly called Ifatoki gave an insight into how they used to carry out their heinous operations before they met their Waterloo. 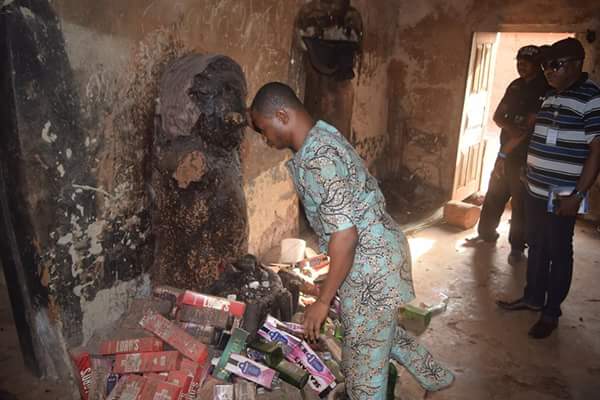 The police discreet investigation revealed that the suspects are a gang of ritualists and impersonators.

Items recovered from the suspects include one mirror, booklet of receipts, six calabashes, one wooden box, three charms, account book, one local pot and a complete local attire with a cap.

Posted by Lawrencia at 10:12 pm
Email ThisBlogThis!Share to TwitterShare to FacebookShare to Pinterest
Labels: Crime