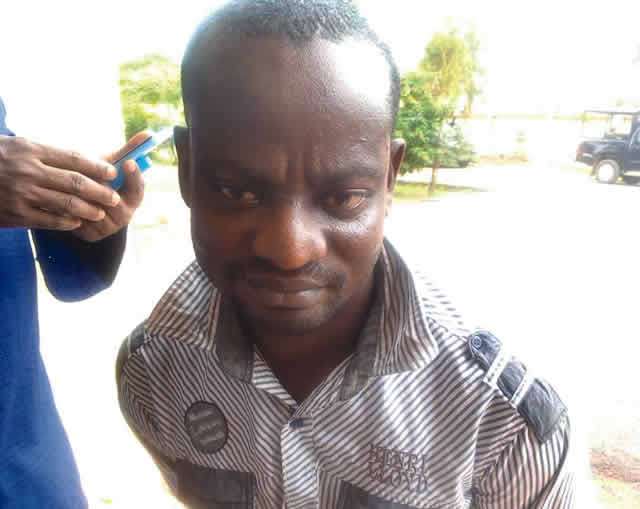 The Ogun State Police Command has arrested a 36-year-old man, Owolabi Musiliu, over the alleged mysterious death of his lover, Fausat Idowu,.

The suspect, who is a mechanic at the Mechanic Village in the Camp Area of Abeokuta, was alleged to have taken 40-year-old Fausat, a divorcee and mother of four, to a hotel in Abeokuta for sexual pleasure when she fell ill and died mysteriously.

But, in a brief interview with journalists when he was paraded by the Commissioner of Police, Ogun State Command, Ahmed Iliyasu, on Friday, Musiliu, a father of three, explained that it was the first time he and the deceased attempted to have sexual intercourse since they started dating about six months ago.

Musiliu added that they were just removing their clothes, when the deceased suddenly has a temperature and later slumped.

He added that it was when he was taking her to the hospital in his vehicle that he discovered that she had died.

The police commissioner said the suspect failed to report the incident either to the police or the deceased’s family but buried the remains in a shallow grave at Osara Village, close to the deceased’s house, off Abeokuta-Ibadan Expressway.

He said it was when the suspect was arrested that he led the police to the shallow grave in an uncompleted building, where he buried the victim in Osara.

When asked why he did not inform the police or the family of the deceased, the suspect said he was afraid, so he decided to hide the corpse and he later buried her at midnight.

Iliyasu explained that the deceased’s younger brother, Hammed Idowu, had on February 1, 2018 reported to the police that the deceased had gone to attend a christening at Bode Olude Area but did not return home.

On the strength of the report, Iliyasu said detectives at the Homicide Section, were detailed to investigate the matter. He said intelligence-based investigation and profiling of the deceased’s telephone call log revealed that the suspect was the last person she spoke with.

Iliyasu said, “On interrogation, the suspect admitted taking the deceased to a hotel at Iyana-Apakila, Abeokuta, for pleasure, where he claimed she fell ill. He said he took her in his vehicle but she died in the car mysteriously.

“He further confessed that he took the corpse to a nearby bush, dug a shallow grave and buried it without disclosing same to anybody. This made the circumstances of her death mysterious as well as questionable, which is condemnable. The suspect will soon be arraigned before a court of competent jurisdiction.”

Posted by Unknown at 1:34 pm
Email ThisBlogThis!Share to TwitterShare to FacebookShare to Pinterest
Labels: Crime