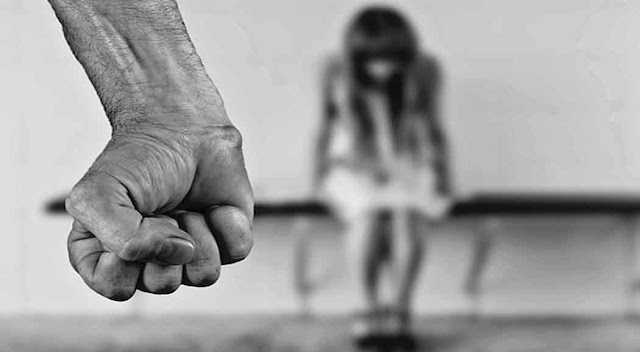 A 29-year-old man, Friday Oyedele, has been arrested by the police in Lagos for allegedly raping and impregnating a Beninoise, Funmi, in the Ilupeju area of the state.

PUNCH Metro learned that Oyedele was sleeping with the victim in the house of her mistress, one Alhaja, on Olusoji Idowu Street, Ilupeju.

Aside the rape, he allegedly penetrated the victim with a ring which he said would kill her if she told anyone about the sexual assault.

The secret was concealed until the victim became three months’ pregnant and the matter was reported at the Ilupeju Police Station by a resident.

Our correspondent gathered that an official of the Lagos State Office of the Public Defender, who was sent to the station, was verbally assaulted by the relatives of the suspect and the Alhaja, who said the duo were lovers.

Efforts to rescue the victim to a government shelter were reportedly resisted as the Investigating Police Officer, one Rosaline, allegedly said the families had agreed to amicable settlement.

The OPD worker said the suspect’s family boasted that nothing would come out of the case.

“The victim, before she was taken from me at the station, said she was brought from Cotonou, Benin Republic, to Lagos to work as a maid for one Alhaja on Olusoji Idowu Street, Ilupeju. She said her mother was dead, while her father was in the village. She noted that she did not finish primary education before she was brought to Lagos.

“She said her ordeal started when the perpetrator defiled her for the first time and threatened her with a ring that she would die if she told anybody what happened between them. The victim explained that she had lost count of the time the man had sex with her.

“She further stated that she wanted to report him to her mistress, but she was afraid that she would die due to the threat from the perpetrator, until she became pregnant. The perpetrator’s father resorted to threat that if his son was sent to jail, he would be released in a day,” he said.

PUNCH Metro learnt that Funmi’s mistress claimed that the suspect brought her from Benin Republic to Lagos, adding that Oyedele was 19 years old.

But the victim, in a video clip obtained by our correspondent, said the suspect raped her.

She said, “I work as a maid at Ilupeju. Whenever I finished working and went to the backyard to sleep, the boy, Friday (Oyedele), would use a ring to sleep with me.  When I decided to tell people, he said I should not. Friday said if I did, I would die. Whenever I tried to tell people, I would forget. The man is 29 years old. He told me so himself. I am three months pregnant.”

The Director of the OPD condemned the incident, expressing anger at the alleged police involvement in the plot to kill the case.

She said, “It is disheartening to learn that the police, in cohort with certain relatives, are trying to settle and pervert justice despite the effort of the Lagos State Government to ensure that perpetrators are brought to book.

“The Lagos State Government is, however, not relenting in its determination to ensure that this scourge is eradicated from our society for the sake of the citizenry, especially children and other vulnerable groups.”

He, however, denied allegations of compromising the case.

He said, “The girl and the man, 19-year-old Friday Oyedele, are lovers; even though they are too young to engage in such act. The result of their relationship was the pregnancy. The suspect was arrested and will be arraigned tomorrow (Wednesday).”

Posted by Unknown at 7:13 am
Email ThisBlogThis!Share to TwitterShare to FacebookShare to Pinterest
Labels: Crime