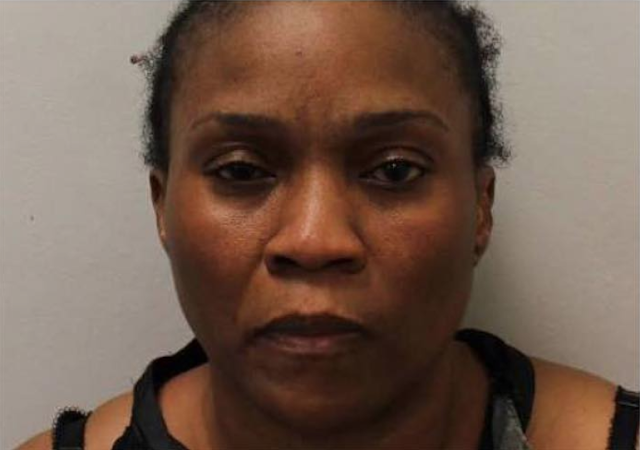 A 42-year-old Nigerian woman identified as Abosede Ajayi has been jailed for two years for throwing bleach into the face of a woman she believed was having an affair with her husband in the U.K.

According to Standard U.K, Ms. Ajayi, a mother-of-two, flew into a rage when she saw Jane Ocran sitting in her convertible Mercedes outside her home on June 17 last year. She emptied a bottle of household bleach over her head and beat her with her wig.

Ajayi, a former Ministry of Justice administrator, repeatedly slapped and punched Ms Ocran before battering her with her own handbag, Inner London crown court heard.

Prosecutor Polly Dyer said Ms Ocran escaped serious injury as her sunglasses protected her eyes from the bleach, but she was left screaming in pain after the attack.

The court heard Ms Ocran, who denies an affair was taking place, had been shopping that day with Mr Ajayi and had just returned to his home in Brixton. Ms Ajayi was shouting at her ‘you b*tch, sleeping with my husband, f***ing my husband’,” said Ms Dyer.

The prosecutor said Ajayi grabbed Ms Ocran’s handbag during the attack. “The defendant took off her own wig and used it to hit Ms Ocran, slapping and punching her a number of times in the head,” said Ms Dyer.

“The defendant emptied the contents of the handbag into the street and then walked back inside her home.” Passers-by doused Ms Ocran’s face with water, and she was treated in hospital for soreness to her eyes.

Gerwyn Wise, mitigating, said Ajayi had been the victim of domestic violence during her 16-year marriage, and her husband had openly embarked on several extra-marital affairs. .

Judge Benedict Kelleher sentenced Ajayi to two years in prison, telling  her: “This was a vicious attack that could have caused serious and disfiguring injuries.”

Posted by Lawrencia at 7:43 pm
Email ThisBlogThis!Share to TwitterShare to FacebookShare to Pinterest
Labels: InternationalNews