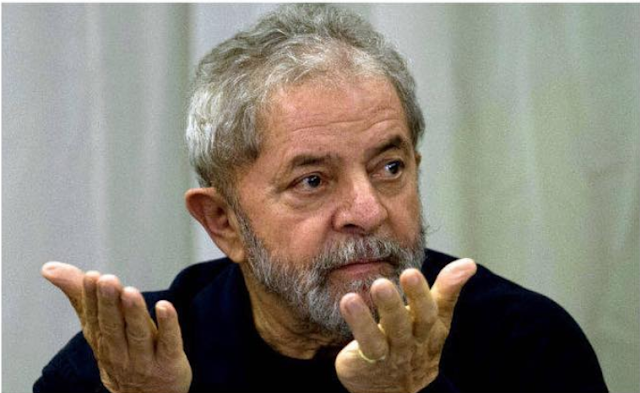 Brazil’s former president Luiz Inacio Lula da Silva will begin his 12-year prison term from Friday after a judge gave him 24 hours to surrender to police.

Lula, 72, was once one of the most popular politicians on the planet and he easily leads polls in Brazil’s October presidential election.

Last July, Mr. da Silva was convicted on corruption and money laundering charges and sentenced to almost 10 years in prison.

In January, an appeals court unanimously upheld the conviction and increased the sentence to 12 years.

Posted by Unknown at 7:59 am
Email ThisBlogThis!Share to TwitterShare to FacebookShare to Pinterest
Labels: InternationalNews