Date 3 to 5 Men At The Same Time And Select One To Marry - Gospel Musician, Esaaba Haizel 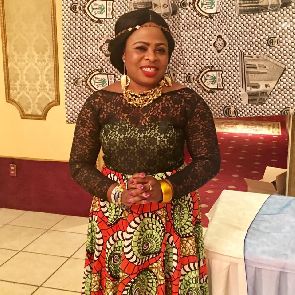 Ghanaian gospel musician, Esaaba Haizel, is advising young girls to date three to five men in order to assess them before selecting one to marry.

She said it would be of great help for the girls to date multiple men at the same time without getting sexually involved because they would be able to choose the right one best for them.

Speaking to Austine Woode on Abusua Entertainment, she indicated that dating one man is very risky because the man might break the woman’s heart by jilting her after heavily investing in the relationship.

“…I advised young girls on Facebook wall to have three to five men at the same time without having any sexual intercourse with them, you just have to be firm not to sleep with them.

Having multiple partners will help you to study them, then you let the rest go, by choosing just one. Why waste your time dating only one person?. I’m saying this because you can’t have it all.

One of the men would be interested in your business, one would be concerned about the food you eat on daily basis thereby supply your needs, the other will be interested in the shoes, make ups, clothing you wear, the list goes on,” she explained.

She explained that this is an advise most pastors cannot give to their female church members who are ripe for marriage. Esaba stated that most men are of the notion that women population is higher than men and thus tread on this to dump women.

Posted by Unknown at 11:18 pm
Email ThisBlogThis!Share to TwitterShare to FacebookShare to Pinterest
Labels: Gists