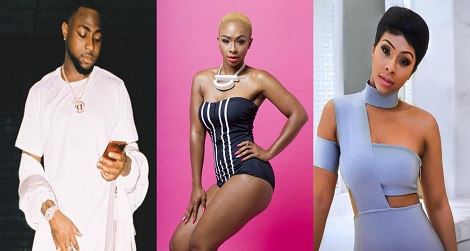 Singer, David Adeleke, aka Davido, has always found it hard to stay away from controversies. This past week, the singer was in the news again. Adeleke, who had a sold-out show in Zimbabwe last weekend, was accused of fighting a South African actress, whose name is Boity, at a hotel after his performance.

It was alleged that this happened after she turned down Davido’s sexual advances. Reports of the altercation were even published in newspapers in Zimbabwe. Days after that, the singer was also accused by a jeweler, who claimed that Davido made away with some of his jewelry.

In a four-part post on Instagram, the jeweler, known as Michael Kaycee, claimed that he gave some jewelry to Davido and his brother in 2011 in Ghana to sell in London. According to him, upon getting to London, Davido refused to give him the proceeds of the sale and subsequent efforts to get his money have been futile.

However, in a brief chat with Davido’s manager, Asa Asika, he simply said, “I don’t have any comments about that issue.”

Commenting on the Zimbabwean scandal, Asika said, “That is not true; it never happened. I don’t know what was written in any paper.”

Meanwhile, Davido commented on an Instagram post that reported the story, saying, “Part five dey?”
Posted by Unknown at 11:53 am
Email ThisBlogThis!Share to TwitterShare to FacebookShare to Pinterest
Labels: Gists