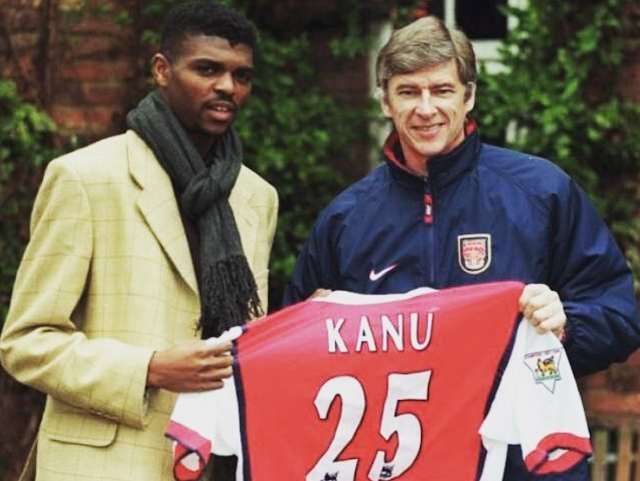 Football Legend and Former Super Eagles captain, Nwankwo Kanu, gives accolades to Arsene Wenger who announced he will leave the club at the end of the season after 22 years. He wrote:

"Big shoes for anyone to fill, playing for Arsenal under Arsene was one of the best periods of my career, 2 premiership, 2 FA cups, The Invincibles, playing with some of the best-assembled players, influencing millions of fans in Africa to support this great club are some of the memories that come to fore today but above all the privilege to have played for a gentleman like Wenger is most cherished.
🏆 🏆 🏆 🏆
#arsenalfc #AFC #Arsenewenger #coyg @arsenal"

Posted by Unknown at 11:48 am
Email ThisBlogThis!Share to TwitterShare to FacebookShare to Pinterest
Labels: Gists