I Was Sexually Assaulted At 17, By A Big Media Man In Lagos - Chimamanda Adichie 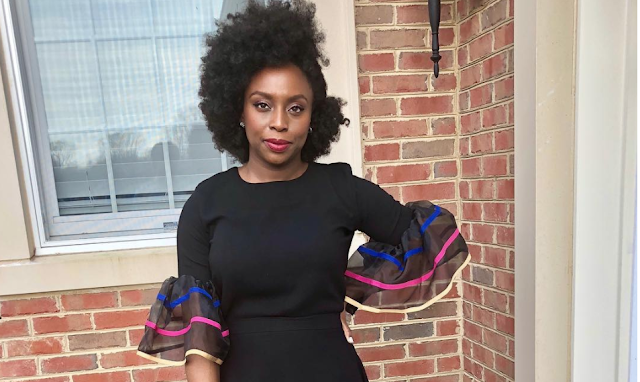 Nigerian author, Chimamanda Ngozi Adichie, joined the #MeToo movement as she disclosed she was assaulted at age 17.

She revealed this during an address at the just concluded Stockholm Forum for Gender Equality.

Adichie, who delivered the closing keynote address, shared how she had written a book of poems and taken it to a “big man in the media” who she felt would support her quest to have it introduced to the public.

She narrated how the man slipped his hand under her clothes and then into her bra to squeeze her breasts within minutes of praising her for writing a book.

“I was so shocked that I did nothing for seconds but then, I pushed his hand away, gently, nicely, because I didn’t want to offend him.

Posted by Unknown at 8:11 pm
Email ThisBlogThis!Share to TwitterShare to FacebookShare to Pinterest
Labels: Gists