Khloe Kardashian’s Boyfriend, Tristan Thompson Caught Cheating On Her With At Least 4 Women While Pregnant 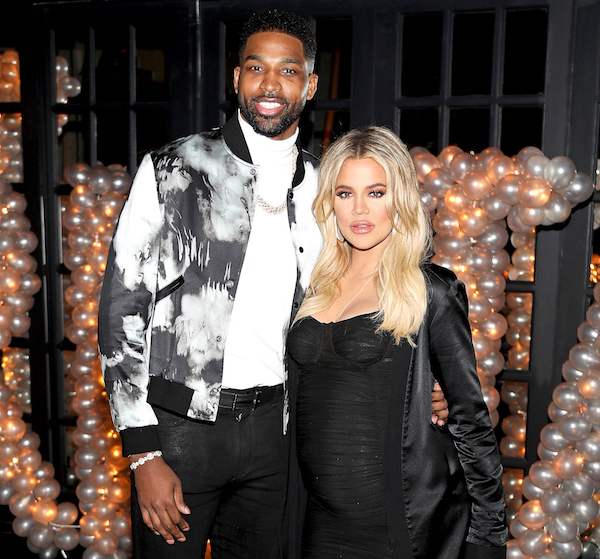 Tristan Thompson has been caught in MORE videos with multiple other women before this weekend's suspect behavior. And he's kissing, groping, and entering his hotel with one of the chicks.

While girlfriend Khloe Kardashian - who's due any day now - sits home trying to get the baby to come down her birth canal, Tristan's been out cheating on camera.

Not only was he caught seemingly kissing a mystery chick at PhD lounge Saturday in NYC, he was also caught cheating back in October.

Thanks to a certain hookah lounge's surveillance video, Tristan is seen with not one, but 3 women kissing, groping, and tonguing each other down.  Dude looks like he may be a little gone off something, but the fact he's even in this position is an ABSOLUTE mess.

These two instances of cheating aren't the only ones. This weekend, the Cavs baller brought another girl back to his hotel at the Four Seasons in New York... and was even spotted leaving - not even trying to sneak either - with a whole overnight Louis Vuitton bag.

Posted by Unknown at 7:19 am
Email ThisBlogThis!Share to TwitterShare to FacebookShare to Pinterest
Labels: Hollywood