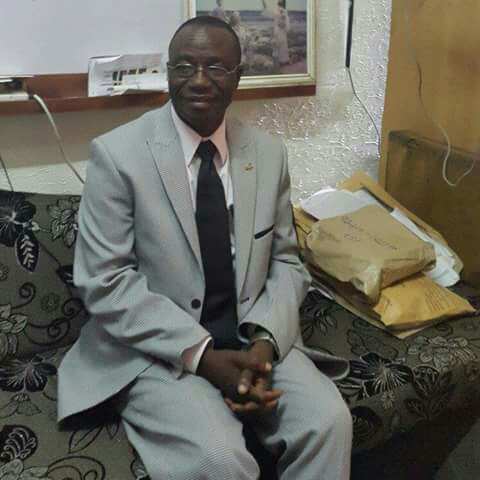 The Congress of University Academics at the Obafemi Awolowo University, Ile Ife, Osun State, and the National Association of Nigerian Students have called for investigation into the alleged sex-for-mark scandal against a lecturer of the institution.

The congress said the lecturer, if found guilty of the allegation, was not fit to be in an academic environment.

This is just as the university authorities said a committee would be set up to look into the audio clip of the telephone conversation of the scandal with a view to verifying its authenticity.

The professor has been at the centre of a storm after the conversation, which centred around sexual overtures allegedly between him and a female student, went viral on Monday.

The don, in the four-minute audio clip, was heard demanding sex with the yet-to-be identified student five times before he could upgrade her 33 marks to a pass.

However, the student rejected the overtures on the grounds that the number of the romp did not commensurate with the pass mark the lecturer wanted to give her.

The conversation read in part:

Student: Hello Sir, Professor (name withheld), yesterday you said something, but because I was close to my boyfriend, I could not say anything. You said you’ve submitted it.

Lecturer: I gave you an opportunity and you missed it. Forget about it. You will do it next year.

Student: I was calling to confirm whether you were serious about it.

Lecturer: Me that agreed to do something. I know what I meant. If you don’t trust me, forget about it. If I wouldn’t do it, why should I give you audience in the first place? If I am not interested in doing it, I won’t give you audience in the first instance. The other person has come and I told her straight away because there is nothing I can do to bail that person out and her own mark is even more than your own. The person scored 39 while your own is 33. Only two people failed the exam. So, what else do you want me to do? You can see it anytime you come, we are at Moro doing exam, we are doing MBA executive exam. They are just starting. I will finish by 4:30pm and maybe 5, I should be in the office. If you are ready, come by 5pm…. Why did you tell me you were doing your period the other time?

Student: I was really doing my period, Professor (name withheld).

Student: I am not doing my period again.

Lecturer: Your boyfriend has done it yesterday?

Lecturer: Let’s have the first one today and then we will do another one tomorrow.

Lecturer: Our agreement is five (times)?

Student: Is it D you want to give me or E? Why would it be five times you will knack me?

Lecturer: That’s what I will do.

Student: Prof, you know what? Let me fail it. I can’t do it five times; for what nah? No worry. Thank you, sir

Lecturer: You are welcome.

On Tuesday, the Chairman, Congress of University Academics at the Obafemi Awolowo University, Dr Niyi Sumonu, asked the university to investigate the matter.

He said, “If it is established that this is true, the person, who perpetrated that does not belong to the academic environment. We are supposed to mould the lives of the students – males and females.”

Also, the immediate past Deputy Coordinator of NANS in the South West, Mr. Saheed Afolabi, called for a thorough investigation into the matter.

He said, “This is becoming too rampant these days and I want the management of the OAU to investigate this. Although we are still making efforts to know the female student, this should not be swept under the carpet.”

The Public Relations Officer of OAU, Mr. Abiodun Olanrewaju, said the university would set up a committee to ascertain the veracity of the telephone conversation.

He said, “We have listened to the audio and we cannot conclude on it now because this is the age of ICT; anything can happen. The university has a way of dealing with such.

“First and foremost, we will set up a committee to determine the veracity or otherwise of the conversation to establish authenticity of the characters involved. If those involved happen to be our lecturer and student as it is portrayed, the university has a machinery of dealing with such.

“Let me make it clear, OAU has zero tolerance for sexual intimidation, sexual harassment and sexual coercion. So, we will not accept it from staff to students; from the workers; from superiors to subordinates and even from students to students.”

Efforts to get the lecturer to deny or confirm the allegations were unsuccessful.

When one of our correspondents visited his department on Tuesday, he was told that the professor was not around.

The PRO of the university also said that he did not have the telephone number of  the lecturer.

His colleagues approached by our correspondent also denied having his contact.

Posted by Unknown at 7:16 am
Email ThisBlogThis!Share to TwitterShare to FacebookShare to Pinterest
Labels: NijaDrama