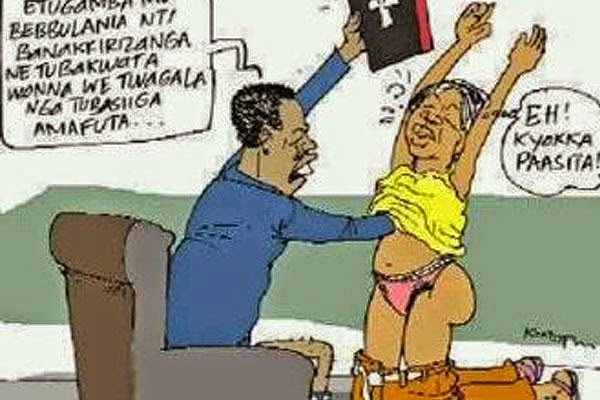 Among the paraded suspects was a 48-year-old cleric, Pastor Dominic John, who allegedly defiled his 12-year-old housemaid identified only as Eno.

The state Commissioner of Police, Mr. Hafiz Inuwa, said John forcefully defiled the housemaid and was arrested after the victim cried for help.

Inuwa said John, who lives at Ikot-Ekpo, Calabar, admitted to committing the crime.

He said, “On March 11, 2018, around 10pm, one Pastor Dominic John was arrested for defiling his 12-year-old housemaid. Following the victim’s outcry, the suspect was arrested and he admitted to committing the crime.

“Meanwhile, a medical examination has been carried out by a qualified medical practitioner to ascertain the health condition of the girl. The suspect will be charged to court.”

The police also paraded a 25-year-old man, Michael Okon, for allegedly defiling a nine-year-old girl, Uduak, after dragging her into his living room.

According to Inuwa, the girl has been examined by a medical practitioner for confirmation of her health condition.

He described the incident as “abominable.”

Posted by Unknown at 7:58 am
Email ThisBlogThis!Share to TwitterShare to FacebookShare to Pinterest
Labels: Crime