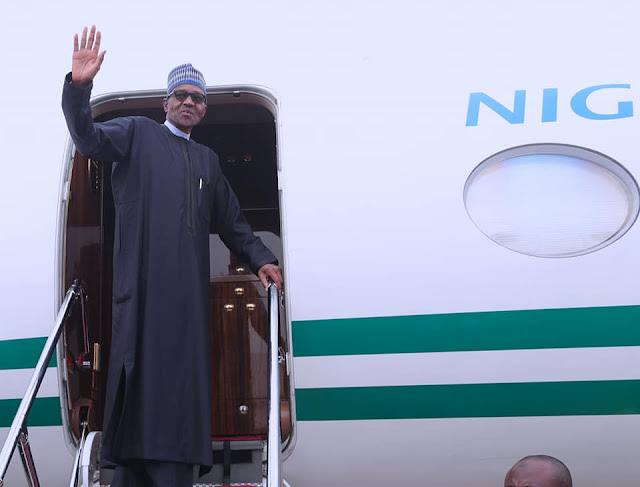 Mr. Buhari made the announcement on Monday at a meeting of the ruling All Progressives Congress leadership. The National Executive Committee(NEC) meeting of the party in Abuja.

Mr. Buhari made the declaration after the media had left the NEC Hall of APC secretariat in Abuja. The Chief Whip of the House of Representatives, Alhassan Doguwa, confirmed: “It is true that the president has announced his commitment to seek re-election in 2019”.

While the president has long indicated he will seek a second term of four years, this is his first public announcement.

The People’s Democratic Party (PDP) has reacted to President Muhammadu Buhari’s declaration to seek re-election in 2019.

The Party through its National Secretary, Sen. Umar Ibrahim Tsauri said God had answered their prayers for Buhari to experience his downfall.

Tsauri speaking to Sun on Monday, in Katsina said, “The President’s decision is a welcome development as far as we are concerned in the PDP because that means Buhari will personally witness his defeat and that of his APC.

“We are confident that he is already a loser, so, defeating him at the polls will be a non- issue.

“Our only concern is that he should be team player and gentleman enough to concede defeat at the appropriate time.

“He should be willing to surrender to us when he loses the election in 2019. We are so confident that whoever we eventually bring out to contest with him will defeat President Buhari.

“We are not afraid of his decision because election is like the game of football. The better side wins the match and the weaker side loses. The PDP is the better side in the circumstances and we will defeat Buhari or any other candidates for that matter.

“The election sequence does not matter to us, whether the presidential election comes first of last. We are going to support the position of the National Assembly on the matter. The most important thing for us is that Buhari is contesting and we are going to defeat him.”

Posted by Unknown at 8:03 am
Email ThisBlogThis!Share to TwitterShare to FacebookShare to Pinterest
Labels: NationalNews