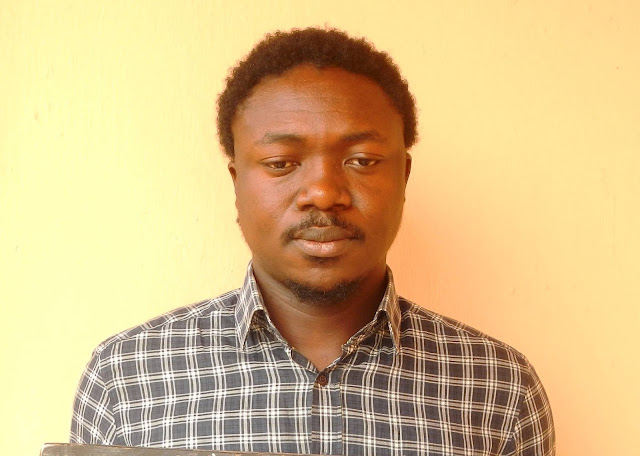 The travail of Babatunde, 31, followed a petition alleging that he engages in Internet love and Romance scams.

It was alleged that he poses on the internet as an American Army Officer by the name Dennis Martinez serving in Libya. The defendant allegedly engages unsuspecting ladies on the internet in a dating and romance scam through which he fleeces them of their money. The last victims were two ladies from Australia which he allegedly obtained to the tune of about $500 (Five Hundred Dollars) in tranches.

The defendant, however, pleaded not guilty to the charges preferred against him.

In view of his plea, EFCC Counsel, Sanusi Galadanchi, applied for a trial date and urged the court to remand the defendant in prison custody.

However, the defense counsel, Olatunde Adeoye, informed the court of an application for bail dated and filed today, 26 April 2018. He thereafter prayed the court to allow the defendant remain in the EFCC'S custody pending the hearing of his bail application.

Justice Abdulmalik however, ordered that the defendant is remanded in the Federal Prison, Agodi, pending the hearing of his application.

The case was adjourned to May 8, 2018 for the hearing of the bail application.

Posted by Lawrencia at 10:48 pm
Email ThisBlogThis!Share to TwitterShare to FacebookShare to Pinterest
Labels: Crime